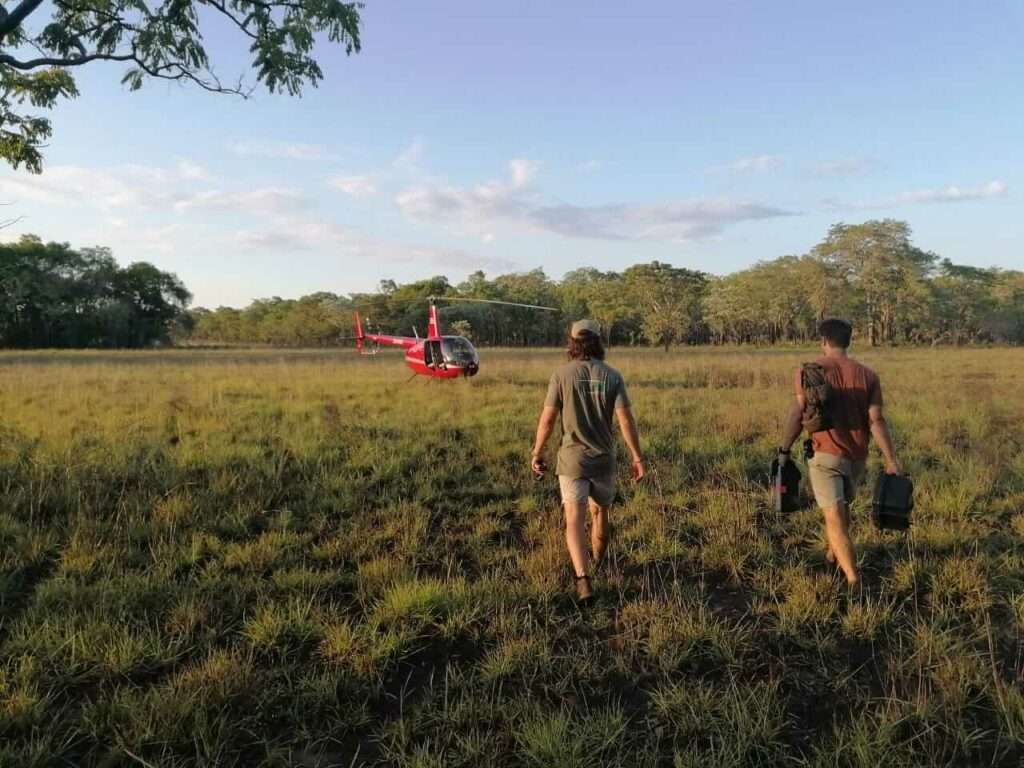 The recently proclaimed Reserva Nacional Gilé (RNG) in the Zambezia province of northern Mozambique remains one of the few places in the region with pristine woodland, untouched habitat and is free from permanent human settlements.
Years of uncontrolled bushmeat poaching have however, brought several species to local extinction or near extinction. RNG was once home to an estimated population of over 500 Black Rhinoceros – one of the highest densities in southern Africa.
Over the last 10 years the Administração Nacional das Áreas de Conservação (ANAC) in partnership with the IGF foundation have been working hard in the restoration of RNG – boosting wildlife populations with reinforcements or reintroductions, investing in infrastructure and hiring and training wildlife rangers to protected this unique landscape.
Last week Dr. Joao joined RNG efforts in a collaring operation where 5 different species were safely immobilised from a helicopter and fitted with GPS tracking collars. The collars will further enable anti-poaching teams to provide protection by maximising patrol efforts and resources in wildlife hotspots, whilst providing insights into species seasonal movements, distribution and behaviour in this vast and remote protected area. 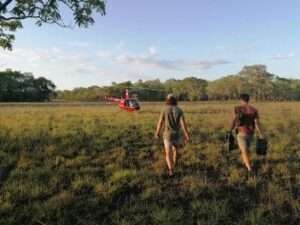 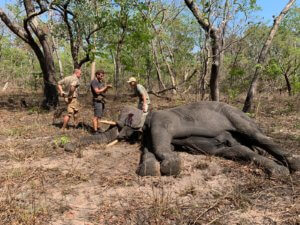 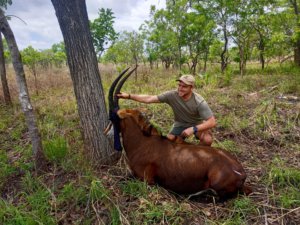 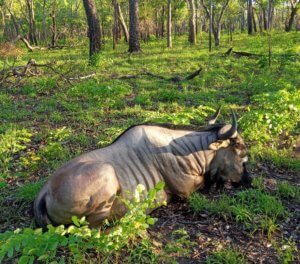 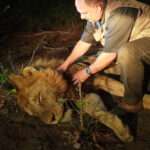 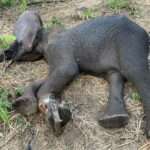