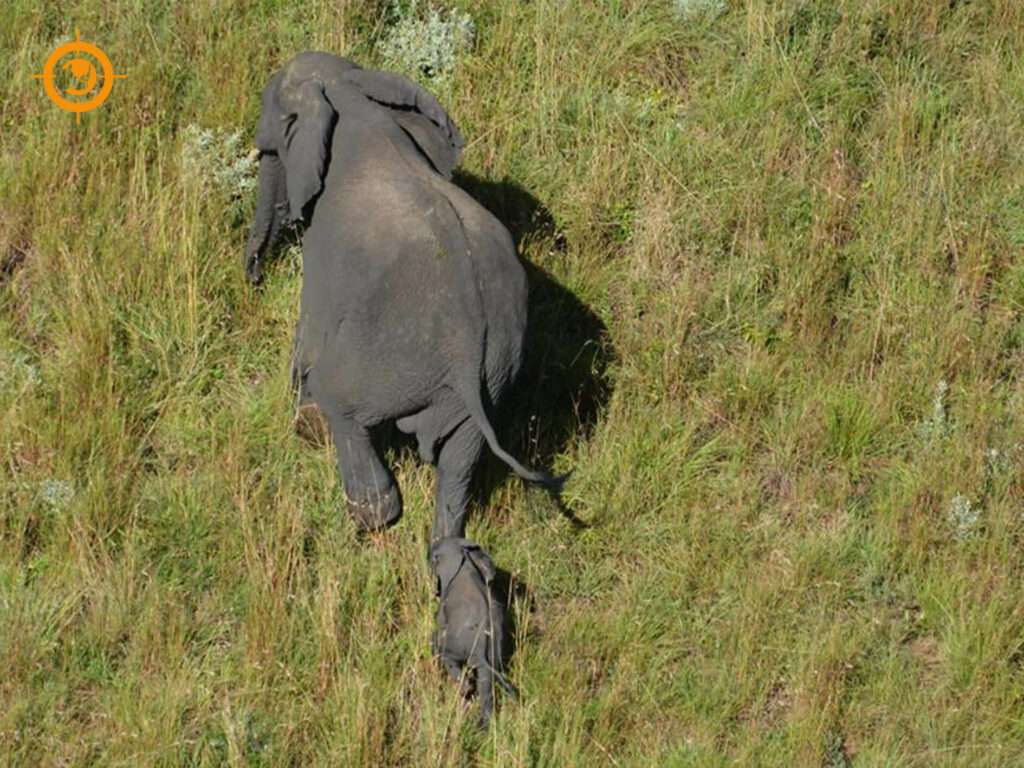 After the recent announcement of Saving The Survivors expansion into Mozambique, we would like to continue by featuring some of the recent cases. They are attended by out vet, Dr Joao Almeida.

A few weeks ago, we were called by the Maputo Special Reserve managers from ANAC and PPF. We were asked to treat an elephant cow with what seemed to be a cable snare around her back leg. It’s always a pleasure to visit such a beautiful place and experience first-hand what great work ANAC and PPF are doing there. 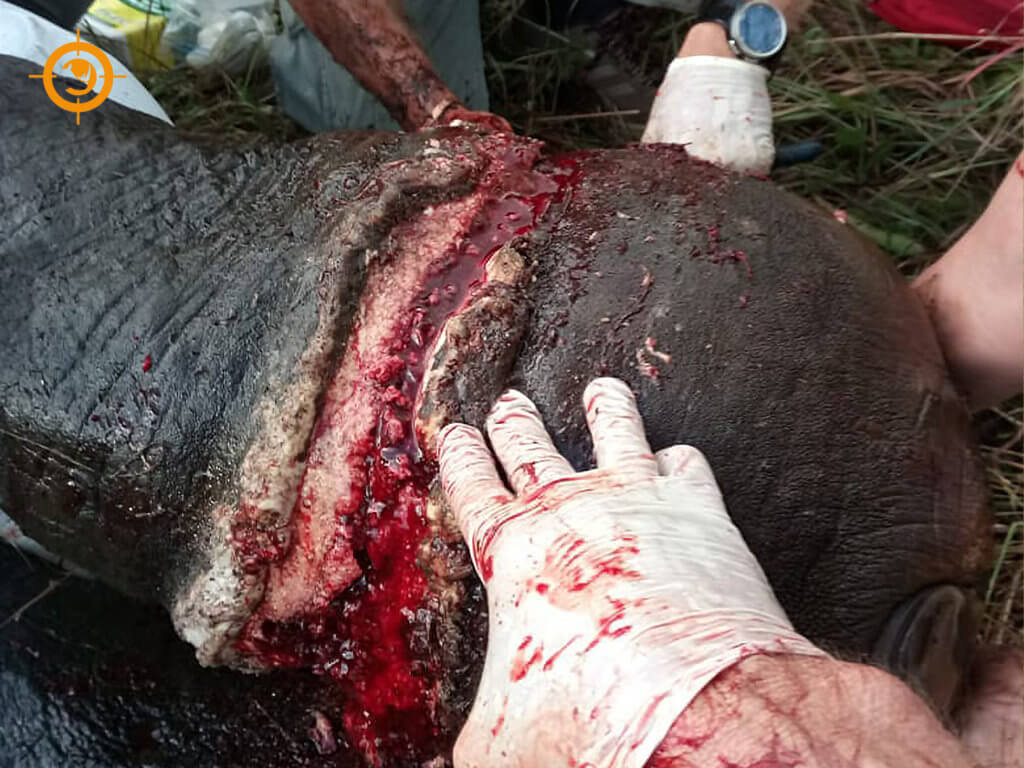 After one hour of searching with DAG´s APU helicopter, the female was finally located. We then darted her from the air. Just before darting her, we spotted a tiny calf at by her side. The injured elephant went down in 5 minutes. The ground team quickly approached the sleeping giant and her baby. Due to the calf being so young, we could not sedate it. We nominated two strong men to hold her and keep her calm by covering her eyes with a towel. The cable snare was not visible at all, just the large infected wound. We had to cut our way to the get to the cable that was tightly wrapped around the bone. Finally, after 20 minutes we managed to cut the cable, disinfect the wound, administer antibiotics and reverse the anaesthetic.

The operation was a success.

It was very clear that the lesion must have been extremely painful and that the cable had caused a huge infection. Without our intervention the future of both the cow and her calf would have been uncertain.Despite the severity of the lesion we are confident that the healing process will be quick as the foreign object was removed allowing the natural healing processes to take place.
Thank you to all parties involved, particularly PPF manager Brian Neubert, Tim Fair, helicopter pilot Richard Fair and head ranger Mr. Natercio.

Finally, if you would like to support the work that Saving the Survivors are doing, then please donate what you can. Without your support this elephant and her calf would not of made it. 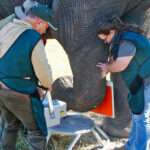 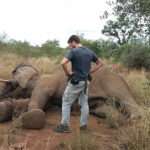