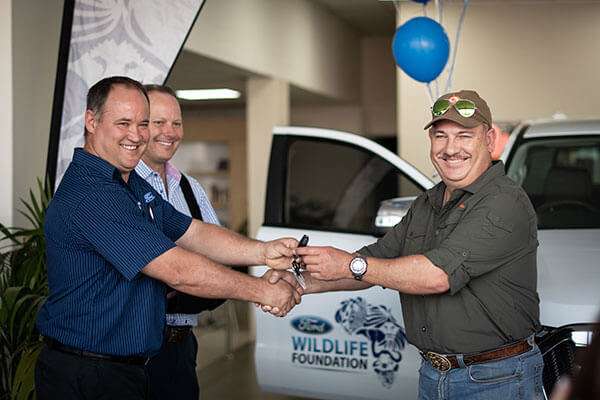 PRETORIA, South Africa, 2018 – The Ford Wildlife Foundation handed over a new Ford Ranger pickup truck to Saving the Survivors in Mozambique to support its efforts in attending to injured endangered wildlife that has fallen victim to poaching or traumatic incidents. The handover forms part of Ford Motor Company of Southern Africa’s (FMCSA) commitment to the conservation and preservation of the environment in Sub Saharan Africa.

Established in South Africa in 2012 by Dr Johan Marais, the Mozambique branch of Saving the Survivors has been in operation for the past year under Dr Joao Almeida. The organization provides support to injured rhino, elephant, and other species through specialist veterinary expertise, either in own capacity, or by assisting other veterinarians in the field, and to channel funding to give these animals the best possible care available.

Dr Almeida and the Saving the Survivors team has already been instrumental in several conservation projects, as well as assisting various endangered, injured animals in Mozambique. Recently, Dr Almeida completed one of the largest elephant collaring operations in the world, whereby he collared 40 elephants with the Administration of National Areas of Conservation (ANAC) and the Wildlife Conservation Society (WCS) in Mozambique.

How the Ford Ranger Will Support the Treatment of Injured Animals

Mozambique is a vast country, and Saving the Survivors is continually requested to travel wide and far within Mozambique. The Ford Ranger will enable Dr Almeida to cover vast areas and enable him to give the animals the best possible care, as soon as possible.  Currently this is not always easy because of distances needed to be travelled, and him being the one of the few wildlife vets throughout Mozambique. The Ranger will also enable Dr Almeida to store and transport the highly technical and expensive equipment required to treat injured animals in the bush.

“The addition of a Ford Ranger to the Saving The Survivors team in Mozambique is an absolute game changer,” says Dr Almeida. “We feel that this vehicle will be crucial in adding to the successes of treating endangered animals in this vast country and assist greatly with the conservation work of STS in Mozambique.”

The locally-built Ford Ranger, which is one of South Africa’s top-selling vehicles overall and in the light commercial segment, will be used to enable the project to go further and make a real impact – particularly in the remote locations often associated with conservation and environmental projects. 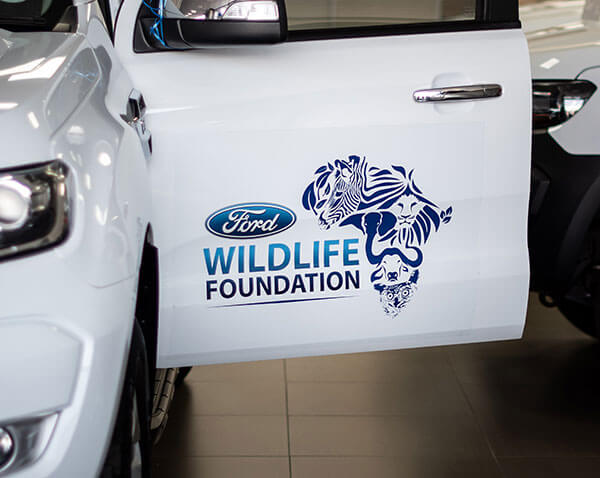 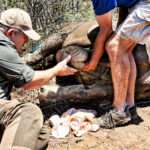 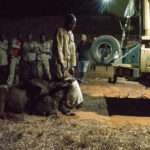