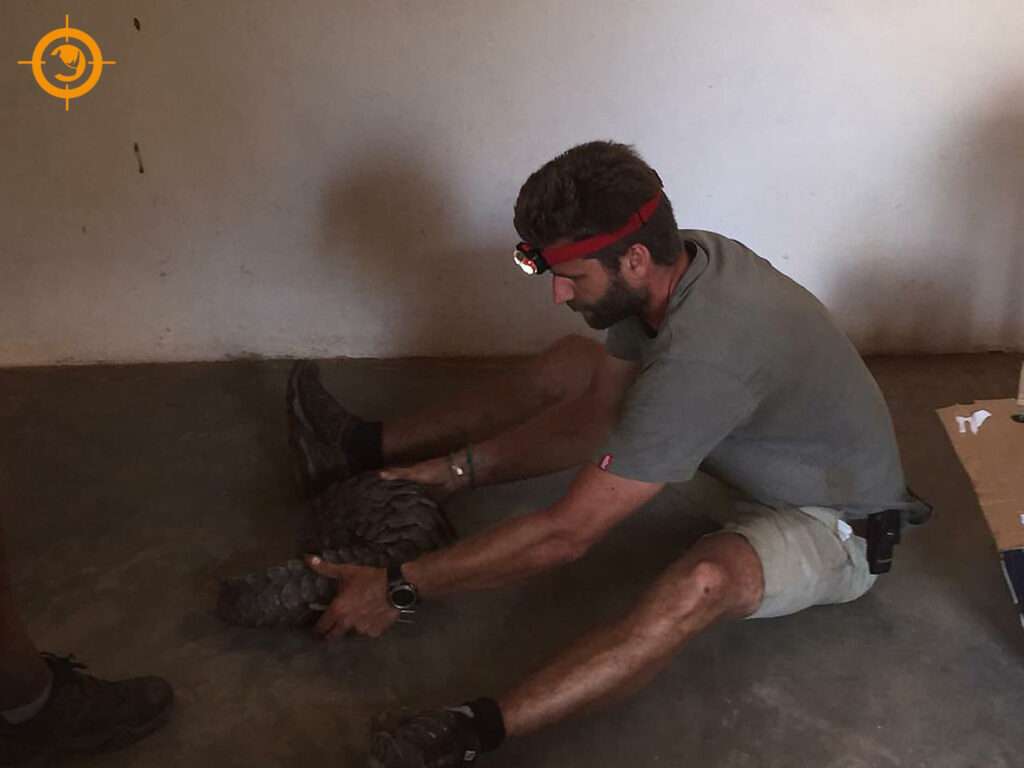 Whilst working in Niassa reserve on the translocation of 100 animals last week, our mobile vet unit was busy assisting a Pangolin. The young female Pangolin had sadly caught herself in a wire snare. The animal was brought to the Niassa HQ. This was where the wildlife conservation society and ANAC staff safely kept it before our arrival. 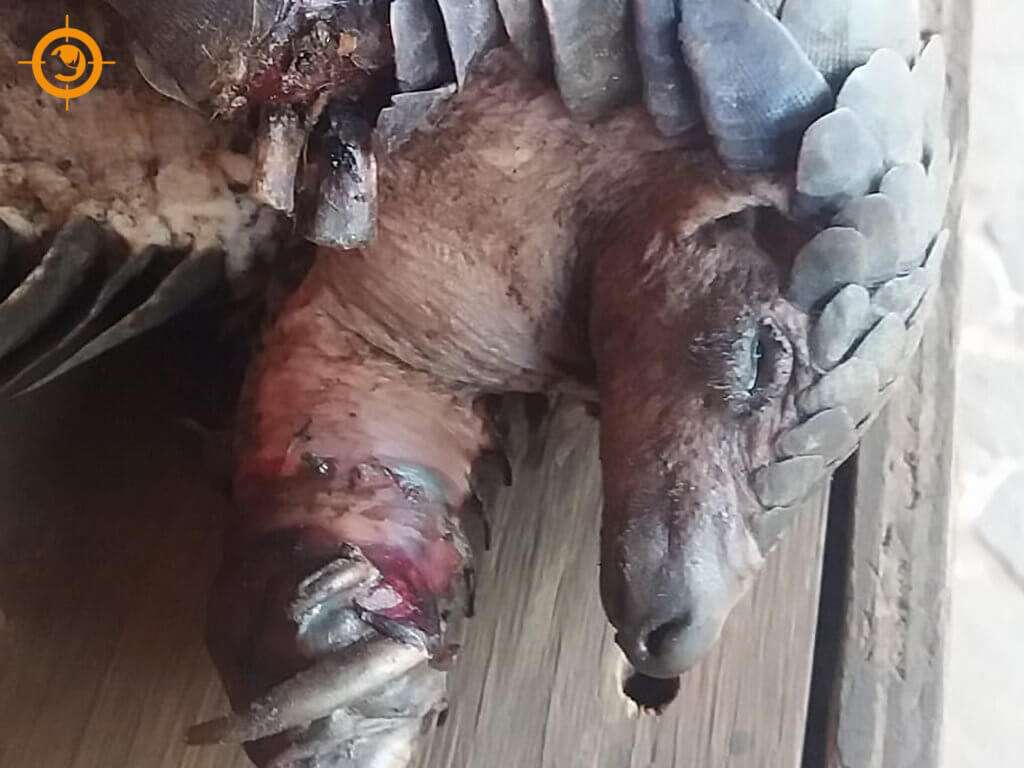 The examination was very hard. This is due to Pangolins curling up when feeling threatened, making it difficult to see her limbs. For this reason, a light sedative was injected. After 5 minutes, the endangered Pangolin relaxed and we were able to asses the terrible damage, caused by the snare.

The left arm of the poor animal had been amputated by the wire and a severe infection was developing. The picture illustrates this better than words do. Pangolins use their front limbs to dig and find food. A wild Pangolin with only one arm has zero chances for recovery. Therefore, sadly the attending vets made a clinical decision to proceed with euthanasia. Working with wild animals in remote locations is not always easy. It is the harsh reality that on occasion we cannot save the animals we treat. In this case euthanasia was the most ethical option for the poor Pangolin.

Pangolins are the most trafficked mammal in the world. With more than a million snatched from the wild in the past decade. The four Asian species have been hunted nearly to extinction. Meanwhile, there is record numbers for poaching of the four African species.

The illegal trade largely goes to China and other East Asian nations. This is where Pangolin meat is an expensive delicacy, flaunting wealth and influence. Pangolin is also a preferred ingredient in traditional medicine in Asia and Africa. Traditional healers in Sierra Leone use pangolin to treat 59 medical conditions, though there is no evidence of efficacy.