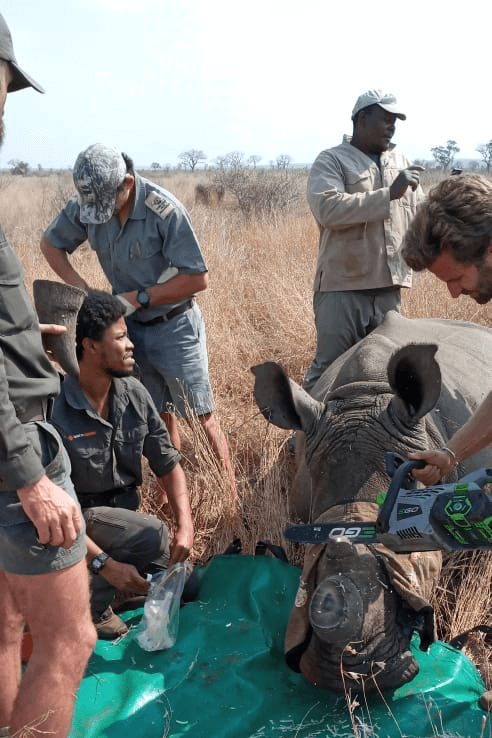 STS Mozambique were scrambled on a mission to save 2 Rhinos that had crossed the boarder from South Africa’s Kruger National Park into an area of Mozambique where poachers are known to be operating.

A few days ago the Anti-Poaching Unit in Sabie Game Park – Mozambique alerted us that 2 horned Rhinos had crossed the border. A joint operation, funded by STS, was organised and the next morning we immobilised the beautiful mature bull and cow from the helicopter. Both animals were dehorned, ear-notched, and sampled.

These are truly wild, free ranging Rhinos, critical for the species long term survival and thanks to this intervention, they will be able to carry on living for many more years without being targeted by poachers.

We are fully committed to protecting the highly vulnerable but extremely important Rhino population that lives along the Mozambique / Kruger boundary. With the approval of the Mozambique Government, we have been working with Administração Nacional das Áreas de Conservação to dehorn every Rhino in high risk areas in southern Mozambique.

This radical approach is unfortunately necessary to keep Rhinos safe from poaching and has been proving to be an extremely effective tool in areas where Anti-Poaching capacity is limited. 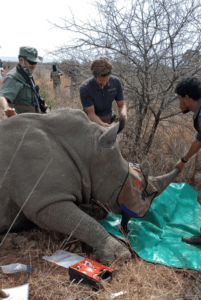 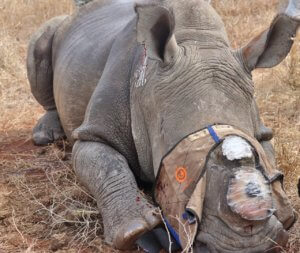 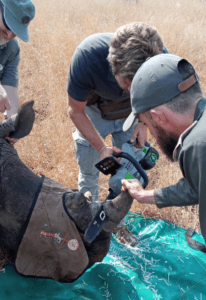 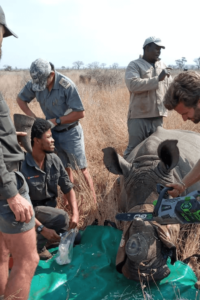 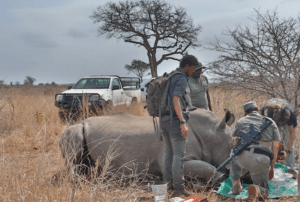 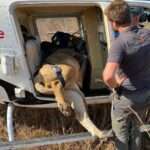 Previous post Lion with Gin trap injury shares chopper ride with Dr. Joao.
Next post Dr. Johan comes to the aid of a Young Bull with a nasty snare wound. 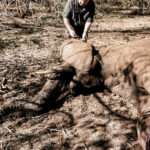