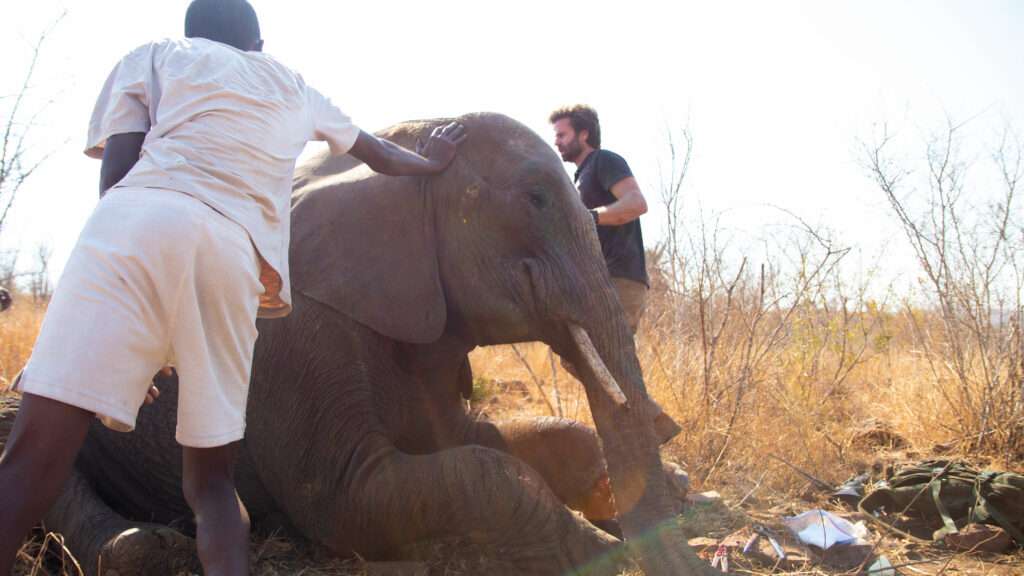 The border police called ANAC about an elephant that was seen on the Incomati River very close to the South African border, dragging a tree that was caught in a cable snare.

The Saving the Survivors wildlife rescue team drove to the location, met with a group of local people that had been following the elephant for the past week making sure no one hurt it.

The group took us to where they last saw the animal and after 10 minutes of searching, we managed to find the badly injured elephant The path to the elephant was very tricky and involved the team wading through the river with all out equipment so that we could dart the elephant.

Induction was fast (2.5 minutes) because the animal was weak but mainly because we overestimated her size – we didn’t have a great view of the animal and her age and size had been incorrectly reported.

The elephant was on a steep slope and went down in a very bad position (head facing down with back legs pushing the abdomen). The snare was deep against the bone and tissue was already growing around it.

The procedure to remove the snare completely would take at least an hour but the animal was struggling to breath due to the bad body position, so we decided to make a quick surgical access, cut the cable (not remove it), administer ATB and reverse the anaesthesia.

Fortunately, the elephant got up fine and we could see she was already moving much better. The group will keep following it and we will return in a week to complete the procedure. 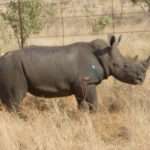 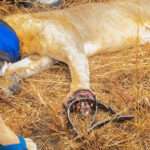