Jabu is an African elephant. He injured his lower limb in a tussle with a wild elephant bull and then later further injured the same limb by falling in a hole.

As a result he developed osteoarthritis of his carpal joint. The Saving the Survivors team diagnosed the condition on radiographs, and we are assisting and advising his owners on his on-going treatment and care. We will be following-up on him and taking a set of radiographs twice a year to monitor the progression of his arthritis. 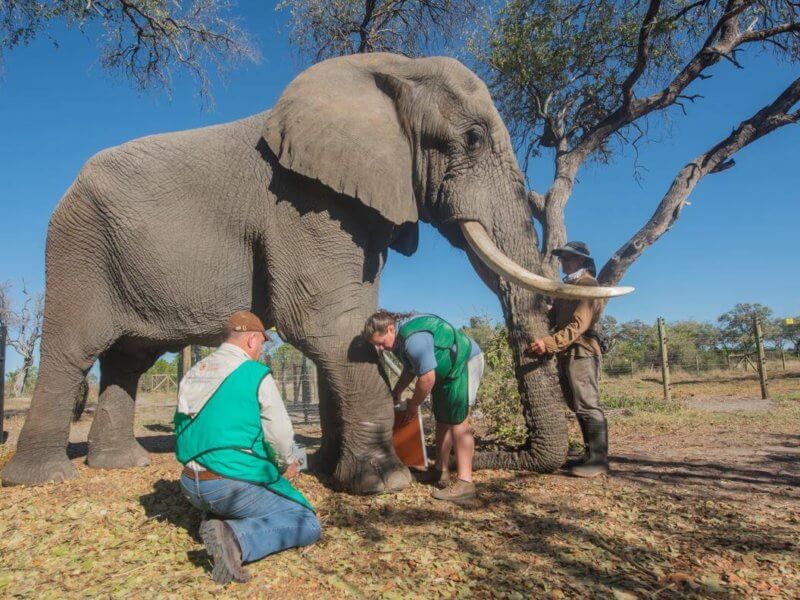