These two beautiful adult White rhino, a bull and cow, were attacked in the Western Cape and their horns were brutally hacked off. Higgins’ beautiful face was the worst of the two. In addition, Higgins lost approximately 80% of his eyesight as a result of the attack. For several months following the incident, he depended heavily on Lady to enable him to go about his daily routine and essentially to stay alive. She became his eyes and he followed Lady around, staying close behind her.

This was also the first time that the veterinarians were faced with the problem of blindness after a poaching attack. While this does not happen every time, there have been several more survivors in which blindness was documented after poaching. We are still not exactly sure why this happen, but it is quite disturbing as we have to deal with the massive facial wounds, as well as a rhino that either goes blind or partly blind.

Dr Jana Pretorius called in the assistance of Saving the Survivors when she examined them for the first time. The team flew to Cape Town on several occasions and treated both Lady and Higgins. Their faces have healed to a certain extent, but there were several complications with wound healing and abscess formation. A specialist also examined Higgins’s eyes, and he fortunately regained most of his eyesight some weeks later.

Both Lady and Higgins recovered well after several months and the STS Team was very grateful that they had the opportunity and privilege to have worked on these two magnificent animals. 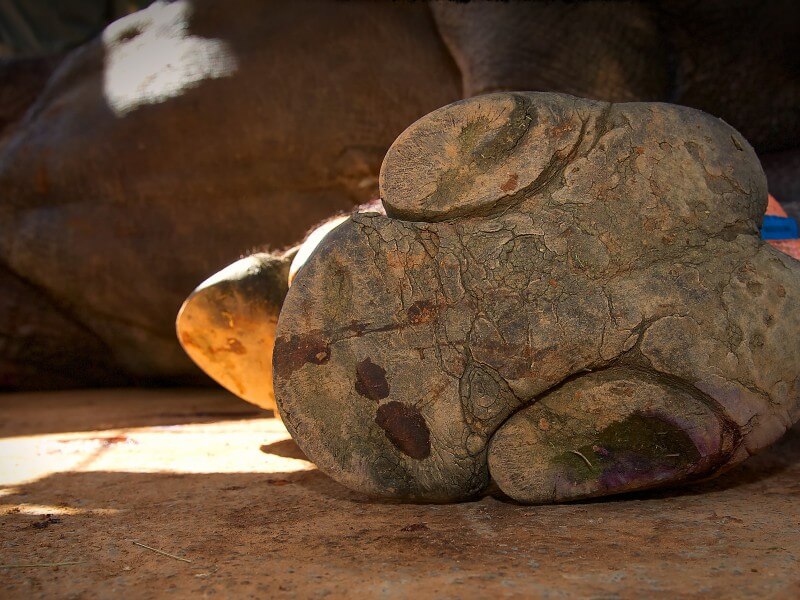