On Friday the 30th of August 2013, three rhinos were darted by poachers and de-horned on Kapama Game Reserve. Although one bull was killed, the remaining two cows managed to survive the ordeal and were moved to the Hoedspruit Endangered Species Centre (HESC). The animals’ horns had been neatly cut of with a chain saw, but this left their sinus canals open and exposed, posing a massive threat to their survival.

The attending vet, Dr Peter Rogers, called in the STS Team and over the next year they worked tirelessly on these two cows to treat the infection, cover the wounds and pioneer the covering that is now used commonly on these type of facial wounds. Eventually, after many man-hours, immobilisations, think tanks and phone calls, these two cows healed successfully for the coverings to be left off. While the injuries were quite bad, the STS Team and Dr Peter Rogers turned this horrific tale of rhino poaching into a story of hope and survival against all oods. 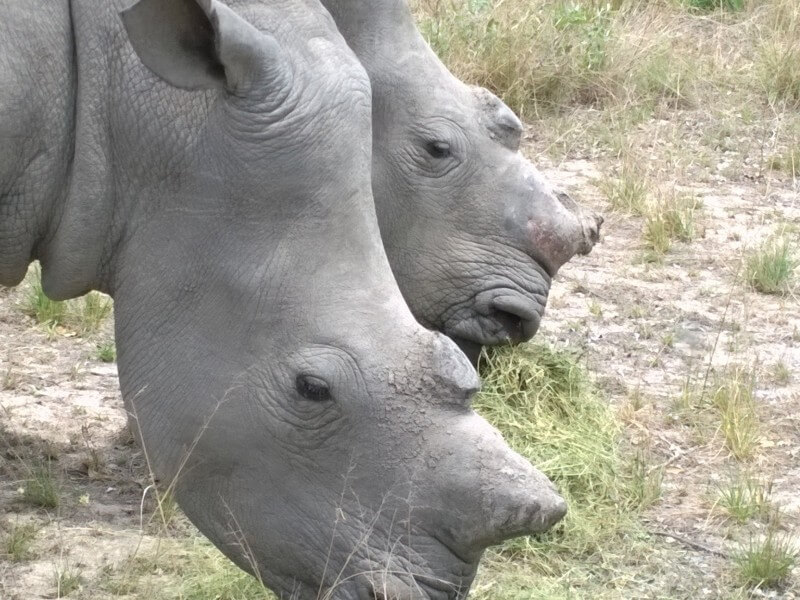