The STS Team, Dr’s Johan Marais and Zöe Glyphis, attended to the young White rhino bull, ‘Vrystaat’, that was shot and his face disfigured. Unfortunately, the other youngster, who was shot in the stomach, did not make it.

He is already eating, and even chasing away the other rhino!

Little Vrystaat is healing incredibly and we hope that by the end of 2017 he will completely healed! 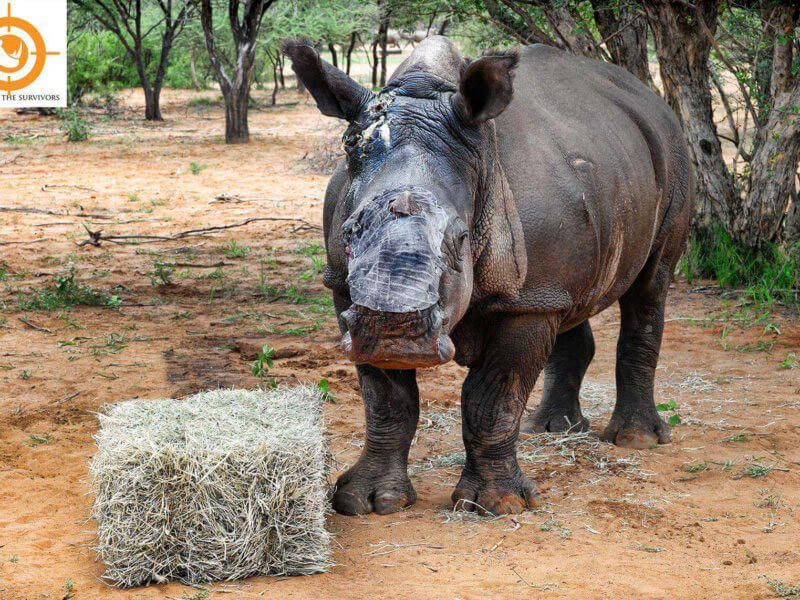