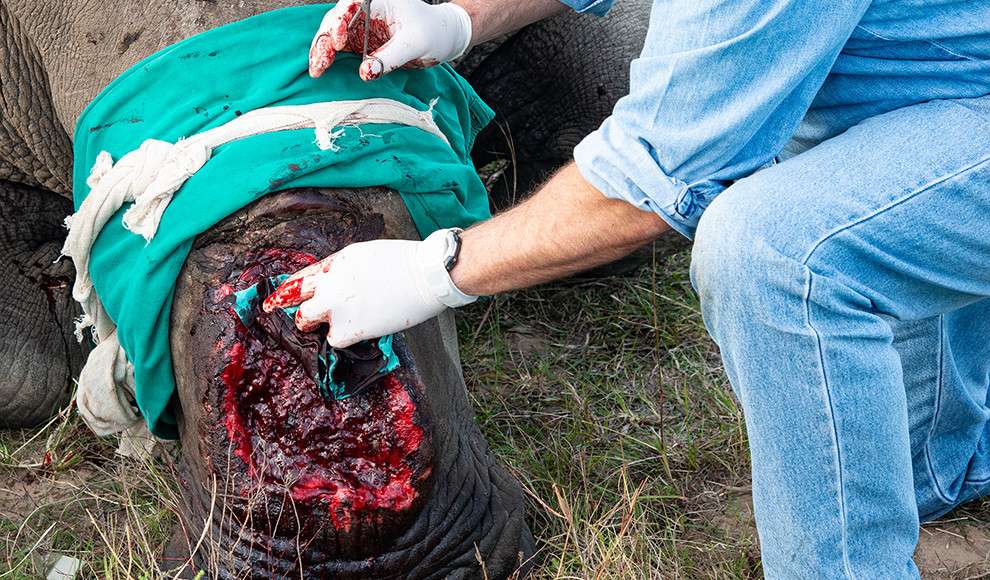 In March 2012 three Rhinos were darted and attacked by poachers in the Eastern Cape. Tragically, one bull was fatally wounded and died that night, whilst the remaining two Rhinos were brutally injured, but survived the ordeal.

They were named Thandi and Themba, meaning courage (or to be loved) and hope. Sadly Themba passed away due to compromised blood supply in one of his hindlimbs just 3 weeks later.

Thandi became the first ever Rhino to survive a poaching attack. Over the course of several months Saving The Survivors were involved in her treatment and she made a remarkable recovery. Her story spread around the world and has since inspired many to get involved in Rhino conservation.

But her survival was not the end of her story…

In 2013 she fell pregnant and gave birth to a female calf in early 2015. The calf was named Thembi, meaning hope and in memory of Themba. It is one thing to save a Rhino’s life after a poaching attack, but if that animal then goes on to reproduce and add to the population of its species, that is the ultimate goal!

Thandi’s incredible journey goes on and in 2017 she had another calf, this time a male calf called Colin. Thandi has since had 2 more male calves, Mthetho in 2019 and Siya in 2021.

Thandi even went on to become a grandmother in 2021 after her first calf Thembi gave birth to a male calf called Umkhosi.

Thandi is amazing proof that the mission of Saving The Survivors prevails! The rescue and rehabilitation of Rhinos who have survived poaching attacks is an effective method of endangered species conservation.