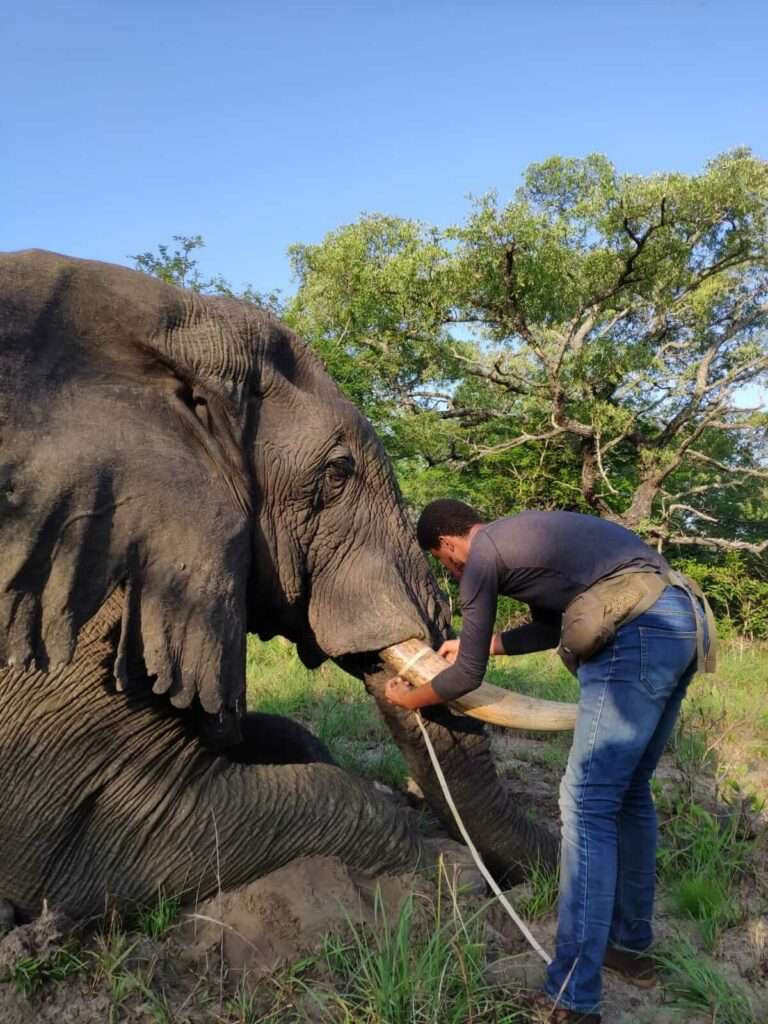 A herd of 17 Bull Elephants in Mozambique has been evading our team for a while now, ever since the tracking collar on a 35 year old male in the group stopped working. This gang of gentlemen was recently spotted by an aerial patrol, so Dr. Hugo and Dr. Hagnesio rushed to the area.
Supported by ANAC and Staff from Maputo Special Reserve, our Vets darted the target from the air, but then had to hurry to get the tracking collar swapped over for a new one. The Elephant had gone down in a nice clearing, but lay upright rather than on his side, it can be difficult for large animals to fully inflate their lungs when lay like this, so speed was of the essence.
The bonus of being in this position however, is that it is easier to work around the neck of the Elephant, so the collar was changed in no time and we were able to wake the sleeping giant and he sprang to his feet and sauntered off into the bush to rejoin his herd.
With this new collar from “Elephants Alive” now reporting the herd’s position, we will be able to better direct anti-poaching efforts and help rural communities when the Elephants near farms or settlements. 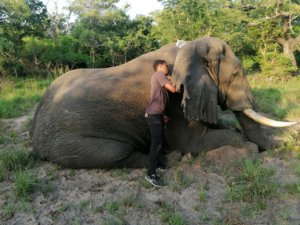 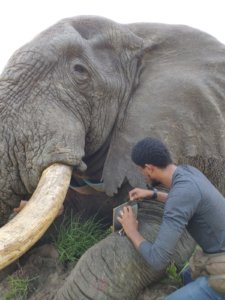 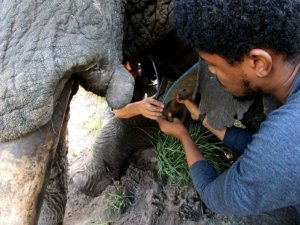 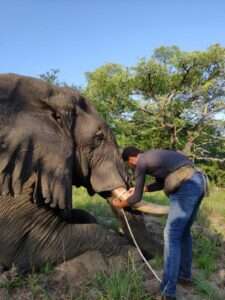 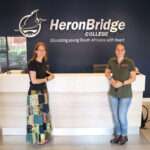 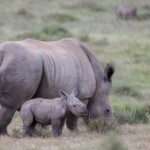