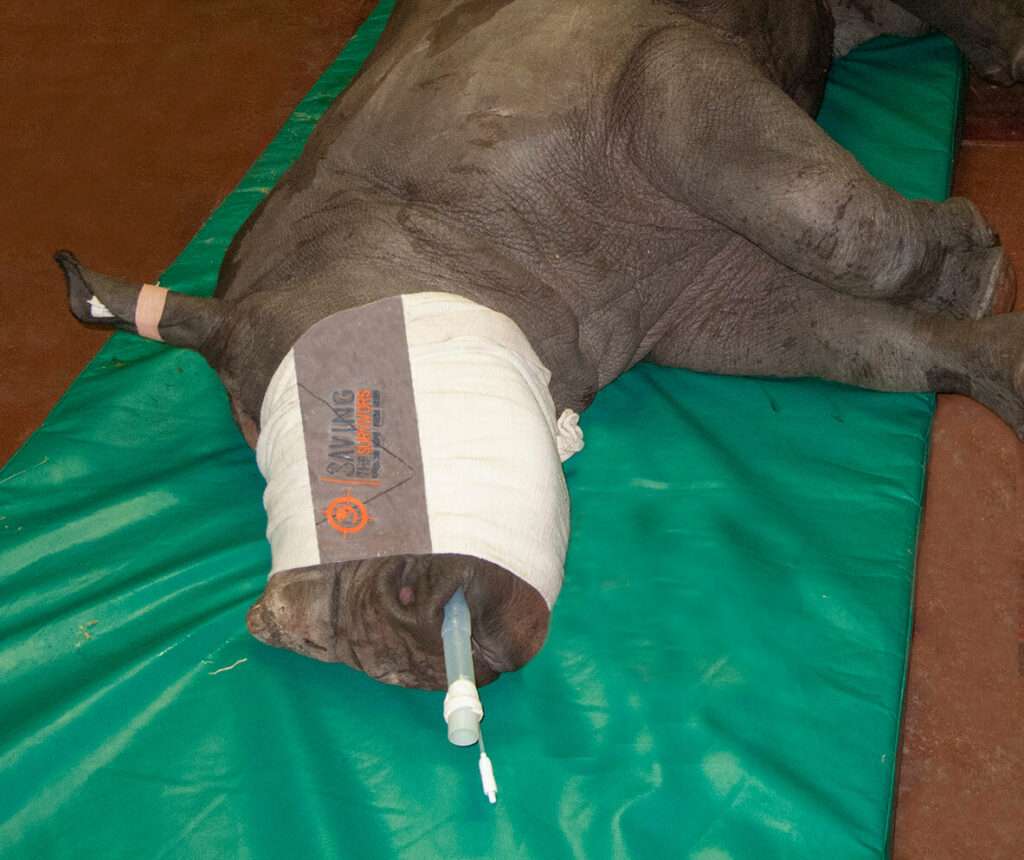 Orphaned rhino calves are fed foal milk replacer, which is closest in composition to the milk of their mothers. Most are being fed either via a bottle or bucket, with a teat attached to it, while some can be trained to drink from the bucket itself.

This 6-month-old calf was bottle fed and swallowed the teat by accident!

He appeared to be fine initially, but after about 10 days he started to develop colic signs.  Dr. Johan was called in to assist and performed abdominal colic surgery on the young Rhino.

It turned out that the teat was stuck in the small intestine, just behind the stomach and was causing an obstruction. The intestine was cut open and the teat was removed successfully.

The little calf stayed on a drip for some time, but has now returned to his sanctuary and making a great recovery. 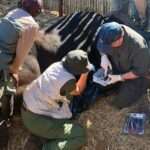 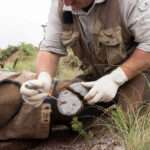