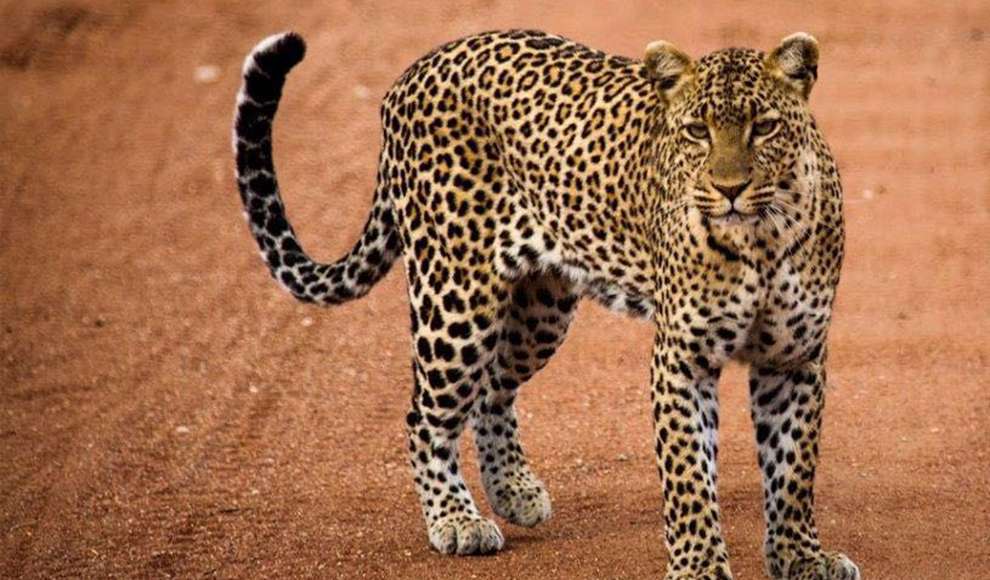 Leopards are part of the Feline (Felidae) family, distinguished by their lightly coloured fur with black spots and rosettes. There are nine recognised subspecies of Leopard. African Leopards have the Latin name Panthera pardus pardus.

MATURE POPULATION: Estimates in South Africa are between 5,000 and 11,000 animals, with populations decreasing globally

Historically, Leopard ranges existed within most of Africa and Asia. In the past 22.3 years the distribution of Leopards is estimated to have reduced by up to 30%, resulting in lower population densities. The pressures faced by African Leopards vary greatly depending on location. In North Africa, distributions have been restricted by 97% of their former range, resulting in only remanent isolated population. In West Africa, Leopard distribution has reduced dramatically as a result of habitat fragmentation, with the species nearly absent from Nigeria. In Central Africa Leopard distributions were greatly reduced due to human conflict and interference, including poaching and the bush meat trade. Southern Africa is likely a stronghold for the species, with dense populations residing in Limpopo, South Africa.

Despite compelling evidence of considerable population declines of African Leopard, there are few reliable data monitoring the changes in Leopard distribution and abundance over years. By using data regarding the abundance of Leopards main prey species (medium to large sized herbivores), the changes in Leopard population densities can be inferred. From 1970 to 2005 in 78 protected areas across West, East and Southern Africa, Leopard main prey species experienced a decline in population abundances by approximately 59%. Ungulates and other large mammals’ population declined 52% in East Africa, and 85% in West Africa, although increased 24% in Southern Africa. Based on the dependence of Leopards on wild prey species, it can be inferred that populations of Leopards declined in the same order of magnitude (>50%) in West and East Africa, during the same period.

Leopards can tolerate a high variety of habitats, being the most versatile out of the Old-World Cats. African Leopards occupy habitats including deserts, semi-deserts, arid regions, grasslands, and montane regions with altitudes up to 4,600m on Mount Kenya.

Leopards have a varied diet. Their preferred prey is medium-sized ungulates, although they also feed on insects, reptiles, birds and small mammals. Leopards hoist their prey into trees or hide prey under dense vegetation to deter scavengers and competition. In some parts of their range domesticated animals such as dogs, cattle and goat also form large portions of their diet.

African Leopards are keystone species, meaning they play a critical role in shaping their habitats and altering ecosystems. They are apex predators, playing a crucial role in regulating populations of their prey, especially herbivores such as Zebra and Wildebeest. Without Leopards herbivores would overconsume grasslands and forests, leading to less food available for other species and an unbalanced ecosystem. Similarly, Leopards help to maintain healthy populations of herbivores by usually preying on the sickest, weakest and oldest animals.

African Leopards, being one of the big 5, play a critical role in attracting tourists into National Parks, allowing for economies to develop.

Habitat loss poses a significant threat to current and future populations. Human population growth and land conversion has resulted in Leopards suffering reductions to their ranges, becoming more isolated and fragmented. From 1994-2014 human population in Africa increased by 2.57% annually, this resulted in a 57% increase in land conversion from Leopard habitats to agricultural areas from 1975 to 2000. Southern Africa supposedly remains a stronghold for this species, despite little evidence suggesting Leopard populations have remained stable over the years. It is estimated that 21% of Leopards historic range is lost in Southern Africa, impacting populations.

Leopards pose a threat to livestock farmers by feeding on commercially valuable prey. This deepens the human-wildlife conflict, leading some farmers to kill Leopards to prevent disruptions to their livelihoods. With projected human population growth, land conversion of Leopard habitat is expected to accelerate in future decades, increasing the human-animal conflict due to increased contact between humans and Leopards.

African Leopards face threats from prey depletion. The wild herbivores which comprise the majority of Leopards diets are under threat from the unsustainable bush meat trade, resulting in lower populations. This limits the food resources for Leopards and other predators, limiting population growth.

Trophy hunting industries still operate in some African countries including Botswana, Mozambique, Namibia, Tanzania, South Africa and Zimbabwe. There is an ongoing debate as to whether trophy hunting benefits conservation as the revenue created has potential to fund wildlife conservation efforts if used correctly, whilst the act of hunting could also help maintains the biodiversity of ecosystems. Trophy hunting of Leopards has been reviewed or closed in Botswana, Zambia and Namibia within the last five years.

African Leopards are vulnerable to poaching for their skins, bones and other body parts considered to be of medical value in Eastern cultures.

Whilst Saving The Survivors (STS) is best known for the emergency work carried out on Rhinos, due to the countless poaching incidents, STS also assists with any other species in need.

STS have assisted with the immobilisation and translocation of Leopard to help mitigate the human-wildlife conflict in and around National Parks and game reserves.