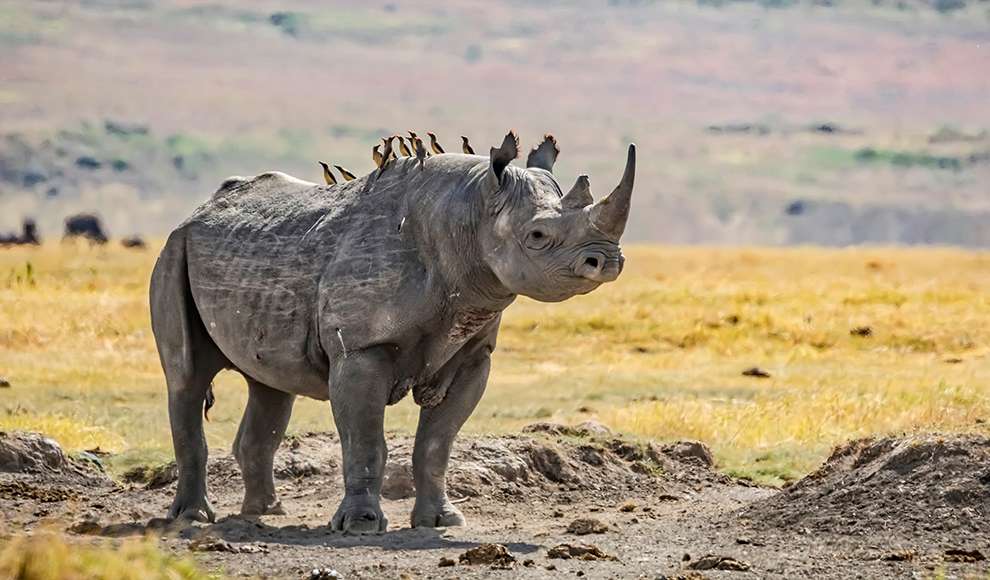 There are five species of Rhino (Rhinoceros), with three species residing in Asia (Greater One-Horned Rhino, Sumatran Rhino and Javan Rhino), and two African species (the White Rhino and Black Rhino). Rhinos first appeared in the Late Eocene around 50 million years ago in Eurasia. The woolly Rhinoceros is an example of an extinct Rhino that was widespread throughout Eurasia during the Pleistocene epoch, surviving until the end of the last glacial period.

HOW ARE AFRICAN RHINO SPECIES DIFFERENT?

The two African Rhino species (Black and White Rhino) diverged from a common ancestor between four and five million years ago. There is a common misconception that the difference between Black and White Rhino is related to the colour of the animal. Both Black and White Rhino are grey in colour, with the names being derived from misinterpretations. Early English-speaking settlers misinterpreted the word “weit” for white instead of wide, referring to the wide mouth of these species, leading to the name we have today, White Rhino. Black Rhinos differ by having a pointed top lip, adapted for feeding from trees and shrubs. White Rhinos also tend to be significantly larger than their African relatives, weighing more than double Black Rhinos.

Rhinos were once widespread throughout many places in Africa, Asia and Europe, with their appearance depicted in many prehistoric cave paintings around Europe. As many as 500,000 Rhinos roamed Africa and Asia at the beginning of the 20th century, with numbers steeply declining by 430,000, reaching 70,000 in 1970. Today there are only 27,000 Rhinos remaining in the wild, located predominantly in National parks and reserves.