Roarsome news for the Lion – the king of the jungle! 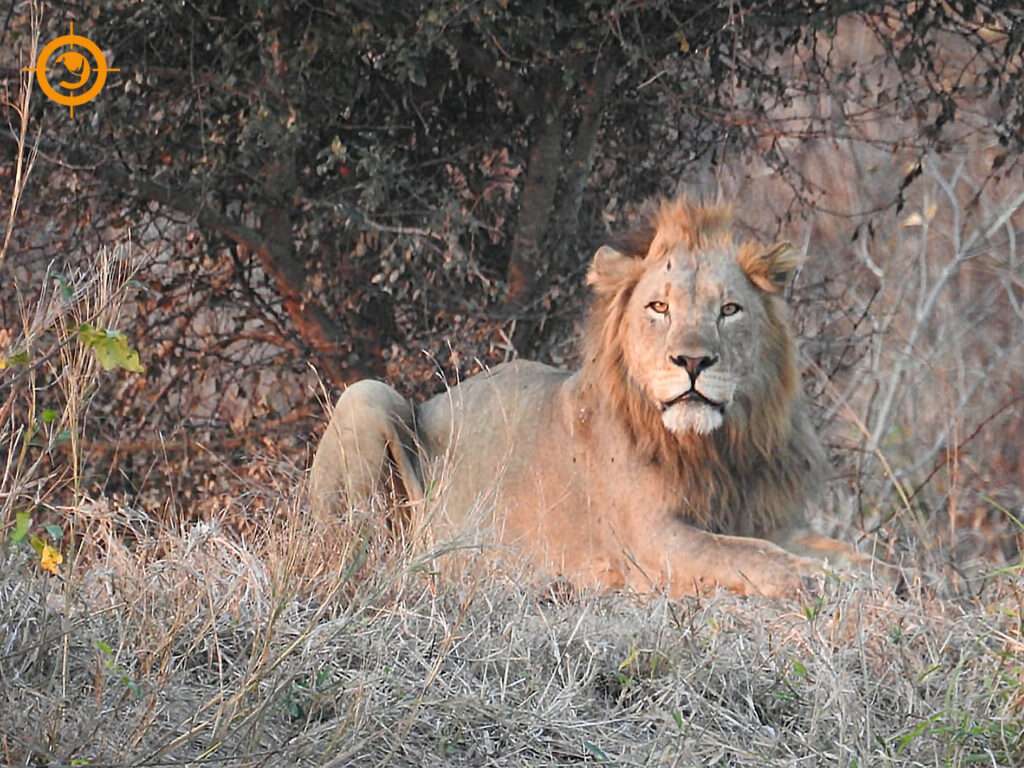 Roarsome news for the Lion – the king of the jungle!

Today, the world comes together to honour the Lion for their courage, strength, and power. This iconic animal has huge cultural significance, being depicted in folklore, text, sculptures, paintings, and flags from all around the world.

Though this is a day of celebration, we must not forget the fight for survival which todays Lions face as their numbers become fewer and fewer over the years.

Did you know that Lions (Panthera leo) once roamed large parts of Asia and Europe as well as Africa?

In Greece a leg bone of a Lion was found in Philippi dating back 6,000-6,500 years ago! Remains have also been found in the Black Sea region which are estimated at around 5,500 to 3,000 years old. Sadly, the European Lion was completely wiped off the face of the Earth approximately 1,000 years ago. This extinction, caused by mankind, was likely due to hunting for sport or to protect villages and farms.

Modern day Lions are facing similar threats as they become more dispersed and isolated. Today’s Lion populations in Asia are only a mere few hundred. This population is restricted to the Gir Forest, India, an area smaller than Greater London. In Africa, populations are restricted to less than 5% of their former range with populations dwindling day by day.

The global population of Lions today is estimated around 30,000. This is a stark contrast from the 200,000 Lions which roamed the Earth only 100 years ago! The main reasons for the dramatic decline in numbers is due to poaching, loss of habitats and loss of prey species.

You can help to make a difference…

Though today’s situation seems bleak, we cannot give up on this iconic animal! There are numerous things we can do to turn back the clock and restore the king of the animal kingdom to its former glory! You can donate today to ensure our vets are always ready and equipped to save any Lion in need. Whether this be an injury from a poaching incident or other traumatic incident, our vets need your help to save the Lion from extinction. You can support our work by becoming a monthly or one-off donor. Donate here.

From your support our vets managed to save Boss and Taurus a father and daughter Lion from the same pride who suffered severe mutilations as a result of poaching traps. Without your support these two Lions, like many before them would become victims of poaching. However, now these two magnificent animals get the chance to live on and procreate. This is a true testament of the work we achieve together. 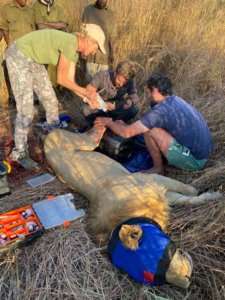 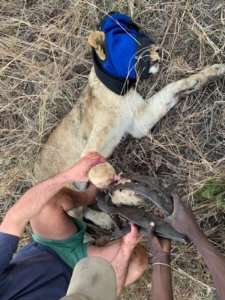 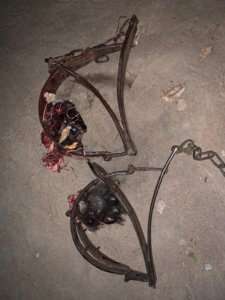 You can also help by taking part in lobbying your local government to influence their policies and decisions. One way in which you can do this is by raising awareness of the plight Lions face and rallying for governments to becoming greener and more eco-friendly. Doing so will not only benefit you, but countless species around the world including the Lion.

Follow us on social media and share our stories to give these vulnerable animals a voice. With your help we can raise awareness of the issues these animals face and make a change. Check out our other supporters views on facebook. Check out our instagram here.