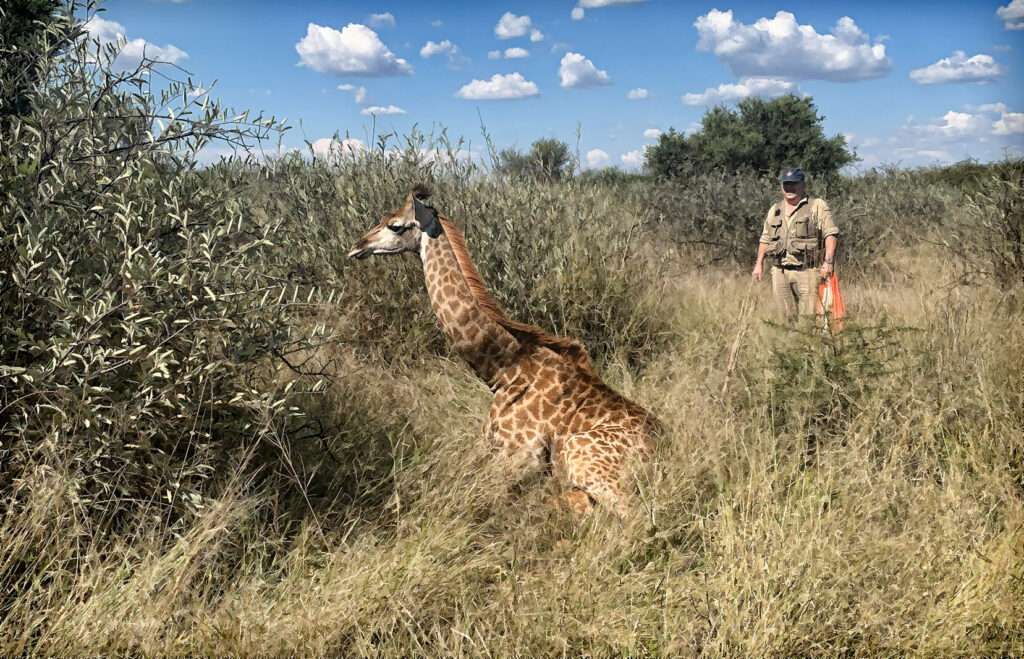 The STS team in South Africa were asked to attend to Bloei the subadult Giraffe. Bloei had been seen carrying her hindlimb for the last 3 weeks.

Unfortunately, due to thick bush and long grass the animal is seen irregularly and the reserve could not determine what exactly was wrong.

After a 4 hour search for Bloei, she was located with her mother and Dr. Johan was able to dart her. With the mother nearby and looking on, our team made a shocking discovery. A poachers snare had amputated the entire distal part of the hindlimb!

Bloei was still in good condition and is able to keep up with her mother. There are also no predators on the property, so the decision was made to treat the wound and release the Giraffe again.

She will be monitored over the next 4 weeks and if she needs intervention of whatever form, it will be instituted.

Without our teams being on hand, animals like Bloei the subadult Giraffe would be lost. This would further endanger many species.

Giraffe are in rapid decline across the African continent, in what has been termed the ‘silent extinction’. According to a 2015 report by the International Union for the Conservation of Nature (IUCN), wild Giraffe numbers have dropped from an estimated 155,000 in 1985 to 97,000 in 2015. This represents a population decline of more than 30% in just fifteen years. The IUCN global Red List of threatened species recently updated the giraffe’s status from “Least Concern” to “Vulnerable”. 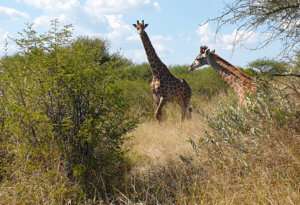 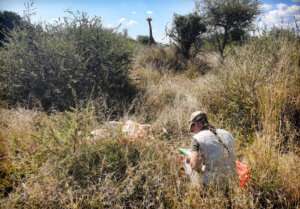 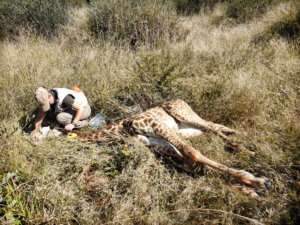 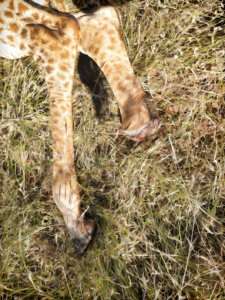 Want to support Saving The Survivors?

Please donate to ensure that we are always on hand to tend to Africa’s most special species. You can support our work by becoming a monthly or one off donor. Donate here.

You can also support us by following us on social media, share our stories to give these vulnerable animals a voice. Check out our  facebook and instagram.