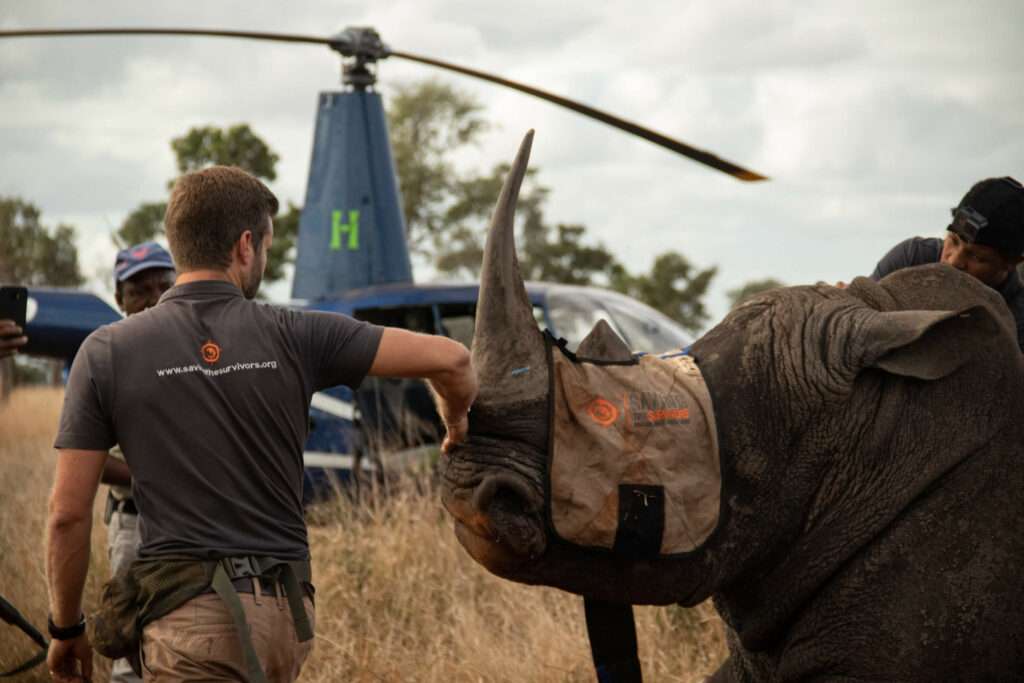 A few days ago, a Rhino with a beautiful intact horn was seen by anti-poaching teams walking among 6 previously dehorned Rhinos, making him an obvious target for the well organised Rhino poaching syndicates known to be operating in that area.

STS Mozambique were contacted and Dr. Joao and Dr. Hugo quickly put together the necessary team and equipment to perform the complex procedure.

Dehorning a Rhino is never a nice thing to do, as we would all love to see animals wild and intact, but this will be no worse for the animal than a human cutting their finger nails or hair and it may well save this Rhino’s life, as he will no longer be so attractive to poachers.

Everything went smoothly and the endangered giant rejoined its group soon after with a much safer look than before!

In October 2019 the Mozambique Government approved the Dehorning of a significant component of its Rhino population as an extreme but necessary measure to protect them. STS Vets in Mozambique in coordination with ANAC have been leading this effort by planning and executing the national capture and dehorning operations.

We would like to thank all our partners in this project – Administração Nacional das Áreas de Conservação, Karingani, Sabie Game Park – Mozambique, Mr. Guillermo De Las Heras for his generous donation and Jo Taylor for the brilliant photographs. And as ever, Ford South Africa and Craghoppers. 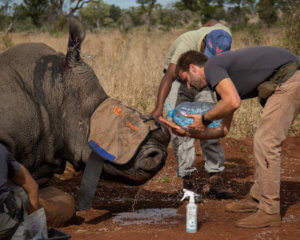 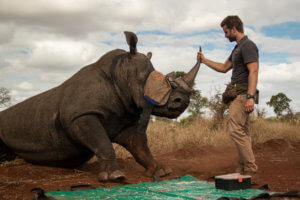 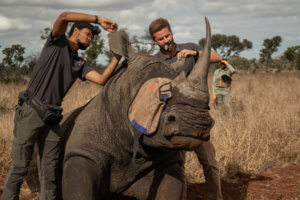 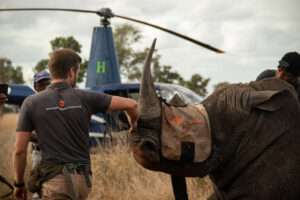 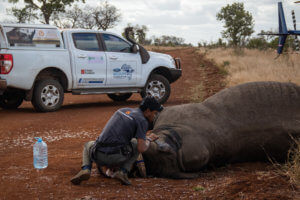 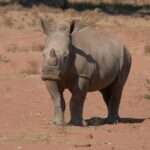 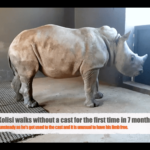