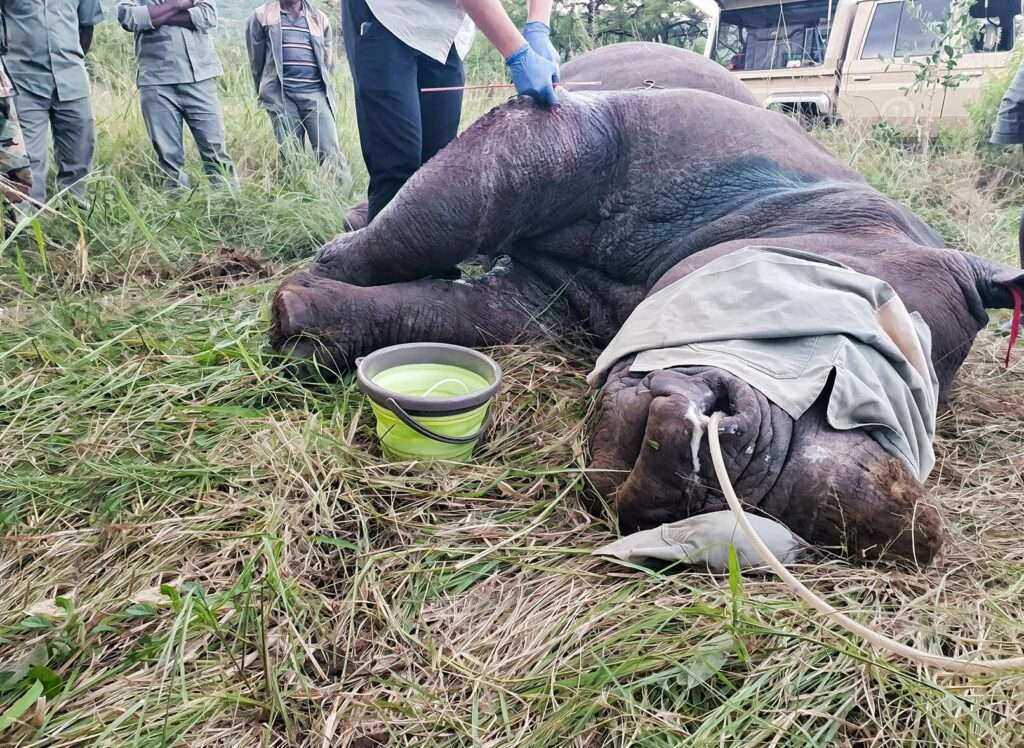 Sadly, another Rhino has been shot with a heavy calibre rifle. This resulted in a bullet penetrating the frontlimb, and through the thorax. It eventually made an exit on the outside of the right frontlimb. 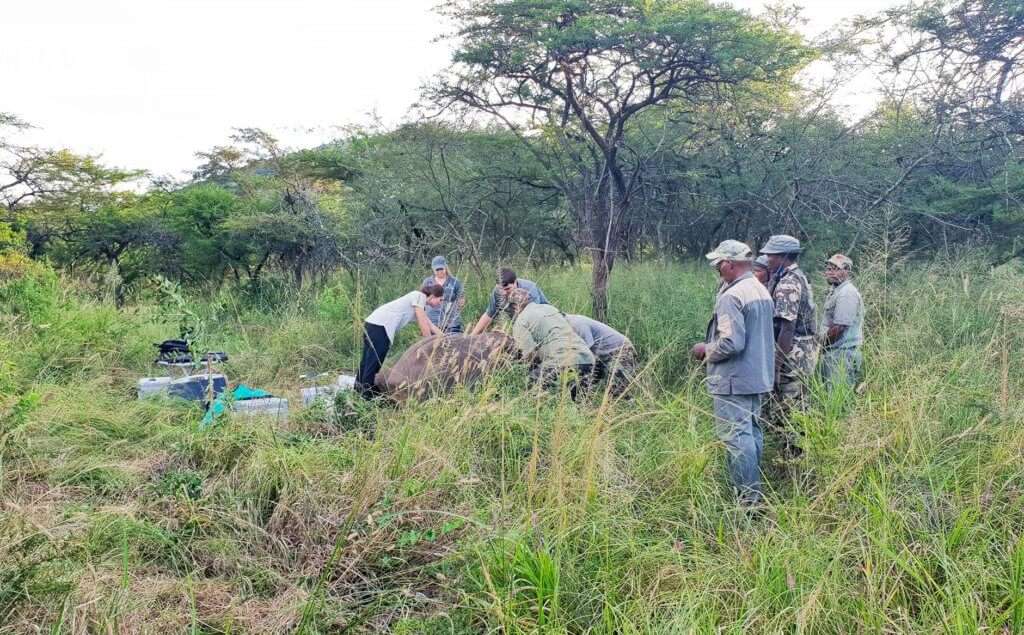 Inexplicably it missed all vital structures. It just clipped the right radius and ulna. Miraculously, this Rhino cow survived a poaching attempt. Dr’s T and B Viljoen have stabilised and treated her for the last 4 weeks. Team STS then came to take radiographs, examine and give an opinion on her.

We took radiographs and did not see any obvious fractures. However, on flushing the wound, small bone fragments appeared and were removed. The wound was treated with appropriate antibiotics, while systemic painkillers and antibiotics were also administered. She is still painful on the limb, but can at least take full weight and is eating and drinking well.

We are confident the Rhino cow will make a full recovery, although it will take several months before we would able to release her again into the wild.

A great all round effort by the attending VETs and team STS.

Thanks to Craghoppers and FordWildLife

Why are Rhinos victim to poaching?

Rhinos are victim to poaching due to their horns. Their horns are used in traditional asian medicines and can be found on Asian markets, particularly in China and Vietnam. They have superstitions for healing illnesses ranging from hangovers to cancer, despite no evidence of such. Rhino horns consist of the same material as our fingernails, keratin. More recently, they have also been seen as statuses of wealth and power, leading to a surge in demand. With the high demand for Rhino horns, poachers see an opportunity to gain from this.

Please donate today to help protect Africa’s remaining vulnerable wildlife. You can become a monthly or one-off donor by clicking here. Please give what you can to fight for a future of these magnificent wildlife.