Seha – A day in the life of a Rhino poaching survivor 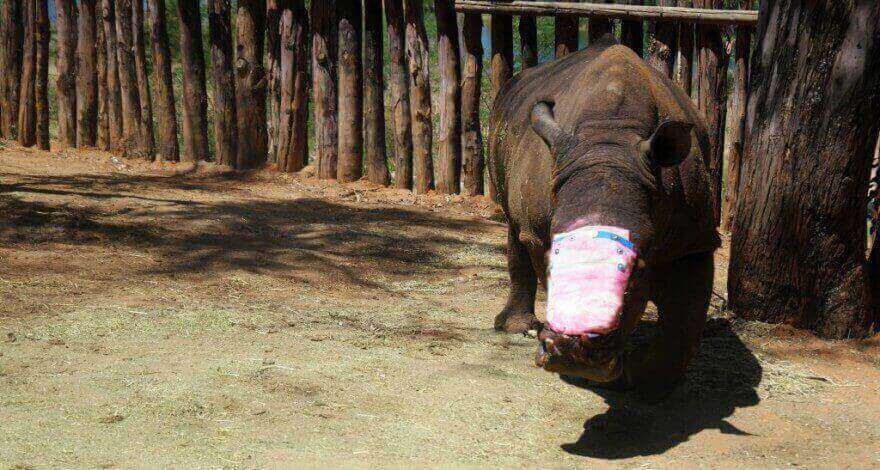 Seha – A day in the life of a Rhino poaching survivor

Standing in the corner of the boma, Seha instinctively knew these two legged creatures approaching him weren’t the same ones that attacked him so brutally a couple of weeks ago. In fact, they were the ones with the healing hands; in those hands laid the promise of indeed creating hope from hurt.

What happened to Seha?

On the day (24 September) that president Jacob Zuma opened CITES CoP17 in Johannesburg and called Rhinos “our proud heritage”, Saving The Survivors treated this severely injured twelve year old White rhino bull in North West after a vicious attack by poachers. A very despondent owner, who initially wanted to put down the animal because of the severity of the injuries, accepted STS’s offer of assistance in rescuing and treating the animal. 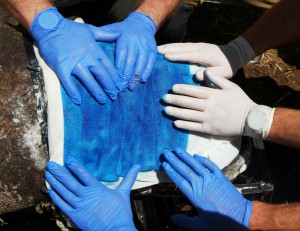 Seha (short for Sehawukele meaning ‘have mercy on us’ in Zulu) was the only survivor after five rhinos where poached on the same property. Both his horns were hacked off leaving a gaping wound of 49 cm x 26 cm and extending into the nasal cavities. Not since Hope was left for dead and found with both her horns removed 16 months ago in an attack in the Eastern Cape, had STS encountered such callousness.

But just like this extraordinary and courageous lady that has since become the icon of all Rhino poaching survivors, Seha has shown tremendous resolution, almost audacity by not taking this attempt on his life lying down. He is now in a boma (holding facility) in Gauteng where he is under the continued care of STS and other concerned individuals.

Seha is a survivor!

Despite the severity of his wounds and the pain he must endure when they are attended to, there’s nothing wrong with the appetite of this big guy. He is gobbling up everything that is put down in front of him, with a fondness for the green lucerne. This is a good sign because as long he is eating well, it means the healing process is aided nutritiously. The nightly sessions with the soothing voice of his on-the-ground caregiver, continuously giving him reassurance that we are here to heal and not to harm, are assisting the healing from within. 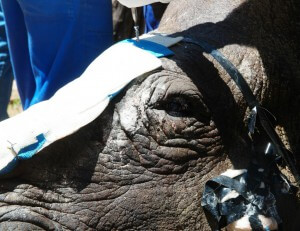 How is Seha doing now?

Under a bright blue summer sky and driving down a winding, rocky path, STS went out to Seha last week. The wounds needed cleaning and a new fibreglass cast as cover was necessary. At the same time a mould of the outside of the wound was taken. This in order to produce a model from which a new flexible cover was to be constructed.

With a ‘puff’ from the vets gun and with a pink feather sticking out on the shoulder behind the left ear, the big grey beast was injected with just the right amount of anaesthetic to put him to sleep. It took a couple of minutes before the drugs took effect. Seha then dropped onto his haunches and was manoeuvred in such a way to make the work easier; his eyes were covered and a white towel was put underneath his head.

How are STS helping Seha?

The Saving The Survivors team, assisted by various willing participants, started by taking off the existing cover. Next the wound is cleaned, flushing it with water and scrubbing it with disinfectant. And even though the smell rising from the open wounds was putrid, the injuries already seemed to have started healing in such a short period of time. It beggars belief, but this is just testament to this animals will to survive. 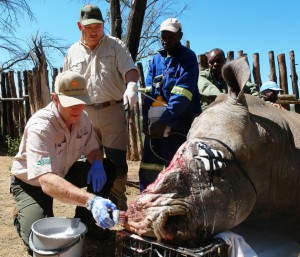 In between, Seha’s vital signs were continuously checked and carefully monitored. His limbs were stretched and he was also rolled over so as to not compromise his vital organs. Water was poured over his body to keep him cool and hydrated under the baking African sun.

The Saving The Survivors team got to work in dressing the wounds. This began with coating white surgical pads with honey as this matter has good healing properties. Bandages were wrapped around the pads and the fibreglass coating applied. Holes were drilled into the hardened cover and screws applied so that it stays in place. It is hoped that this cover remains in place for four weeks before it needs reapplying. 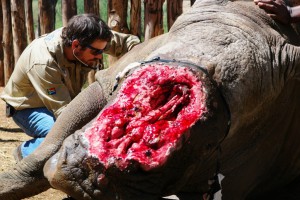 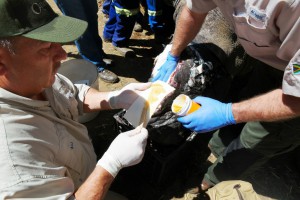 Seha was given the correct drugs to take him out of his slumber and all cleared the boma. Slowly he got back onto his feet. Initially wondering around somewhat unsure, then the fierceness in his demeanour and that steely look in his eyes returned. 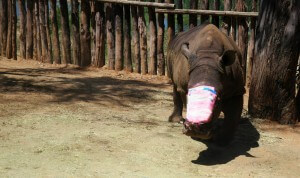