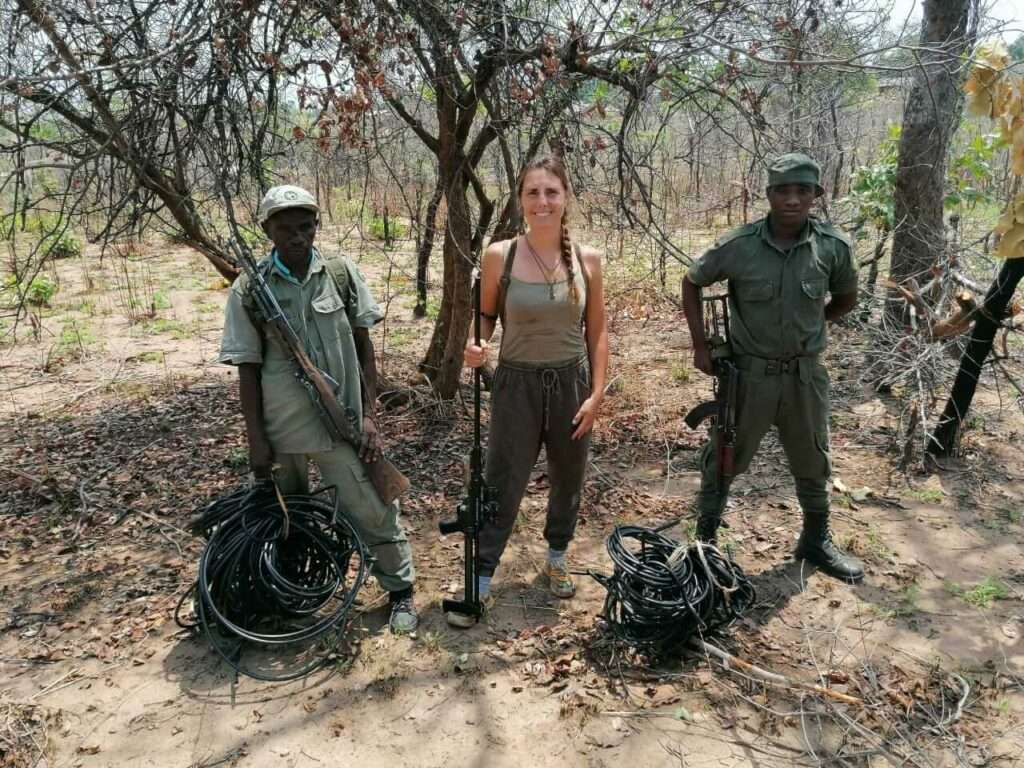 Dr. Isabel Almeida and Dr. Hugo were called to an area in the Reserva Especial do Niassa – REN where it had been reported that a Buffalo was caught in a poachers snare. Along withWildlife Conservation Society Vet and HWC Manager, Samuel Bilerio and Administração Nacional das Áreas de Conservação rangers, they headed to the location close to Lichengue village.
When they arrived, no buffalo was found, probably because he was able to escape, but instead they found a line of trees making a fence where poachers arm snares and dig pitfall traps.The team removed a total of 22 snares and uncovered many pitfall traps, making the area safe for wildlife.
The snares were made from electricity cable which had been recently stolen from a new electrical installation nearby. 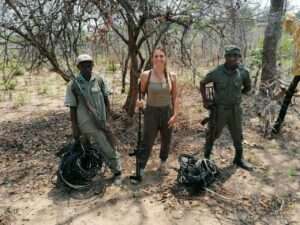 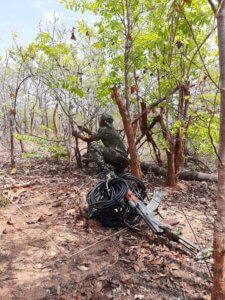 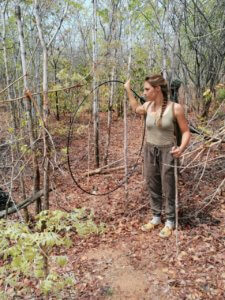 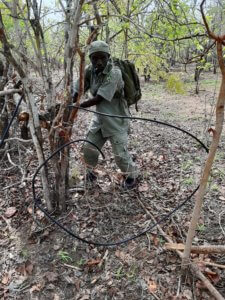 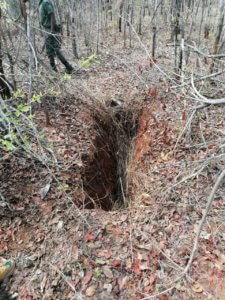 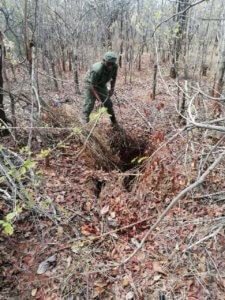 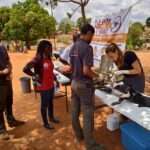 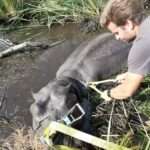