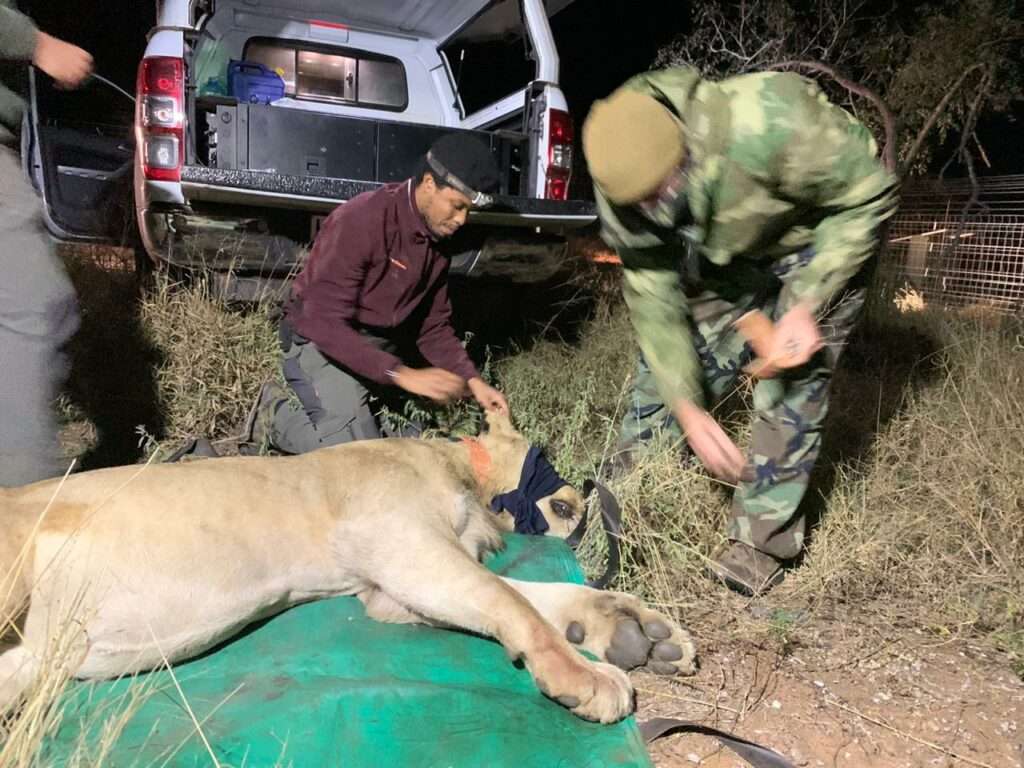 We were alerted by authorities to a potentially deadly situation 8km east of the South African Border with Mozambique.

A lion had apparently walked from Kruger National Park to community land in Mozambique and over a period of a few days, this young male wondered amongst villages, coming dangerously close to humans and cattle.

Lions are very quick learners and once they start killing livestock (or even humans) it becomes too late to reintegrate them into their natural habitat because most often “problem lions” will continue to prey on the wrong animals.

This dispersal behaviour is common when male lions reach sexual maturity and leave their natal prides to look for and eventually establish their own territories. Unfortunately, even the vast Africa landscape is highly fragmented and most protected areas have become “conservation islands” in a sea of human development and dominance.

This animal had clearly walked in the wrong direction and something had to be done! A plan was quickly put together through the collaboration with Administração Nacional das Áreas de Conservação, Saving The Survivors and Karingani Game reserve.

STS vets arrived in the area where the animal was last spotted and patiently waited for sunset, sitting around a fire while listening to the reports from scared community members. The night was pitch black and after a few hours of darkness we heard cows at a nearby community corral breaking the fence and running towards the bush. It was clear that the lion was there and we had our opportunity to capture it.

Darting a wild lion in a tense situation with people, cattle and thick bush in the mix is easier said than done, but eventually we managed to put a nice dart in the lions right shoulder and after a stressful search in the dark African night, a community member found him sleeping under a tree.

We did the necessary celebrations and pictures with the happy community, loaded the 200 kg lion on the back of our Ford South Africa sponsored 4×4 and began the 5-hour drive to Karingani game reserve. Dr. Hugo was in charge of monitoring anaesthesia and administering the necessary “top ups” while Dr. Joao was navigating the Mozambican bush roads at night.

Finally, in the early hours of the morning the lion was offloaded with the assistance of Karingani staff members into their state of the art predator holding facility that the privately owned reserve selflessly make available to assist in situations like this. The lion will be safely kept within Karingani’s boma until we are ready to move him to a new protected area.

Saving this lion would not have been possible without swift action and the collaborative efforts of STS, ANAC, the local community and Karingani game reserve. Conservation has to be about collaboration, coexistence and symbiosis, or it will fail. 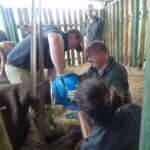 Previous post Update on Black Rhino with poaching injury to foot.
Next post Another successful rehabilitation and release of a poaching survivor. 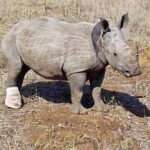