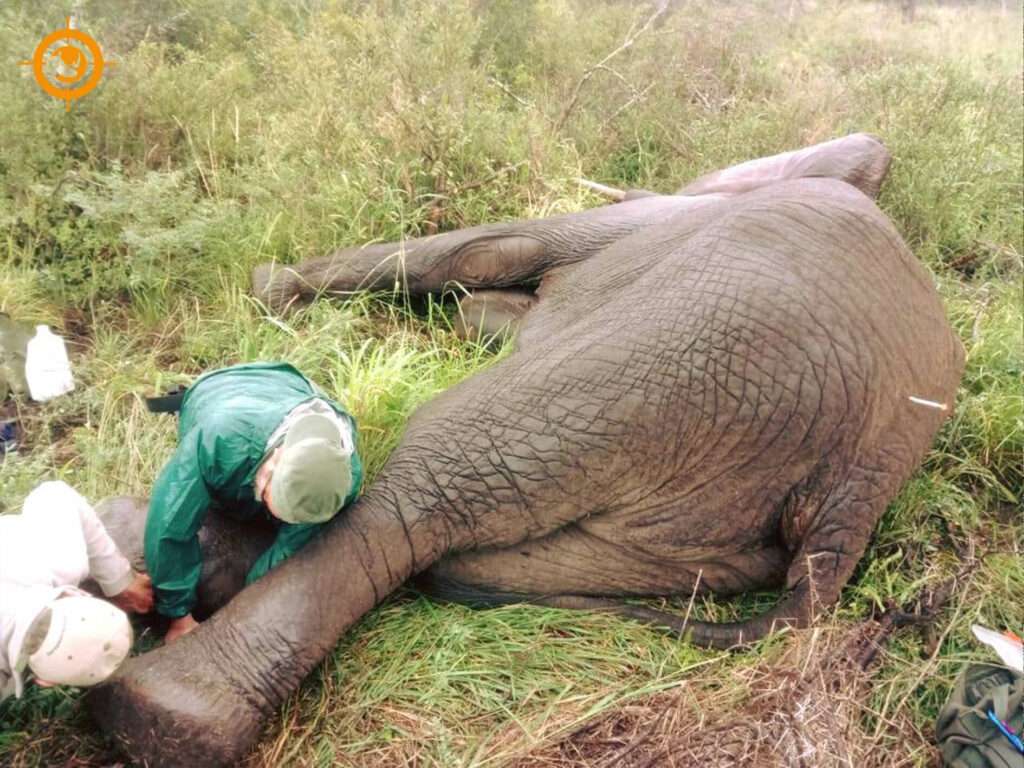 Our veterinarian response unit was called to handle another sad case in Mozambique. Team STS received reports of a young Elephant bull with a suspicious leg-wound.

With the help from a nearby reserve and community trackers, the team flew out and managed to quickly locate the Elephant bull. Upon arrival it was discovered that the leg-wound was infected. Caused by a terrible cable snare. The snare cut close to the bone of this poor animal. 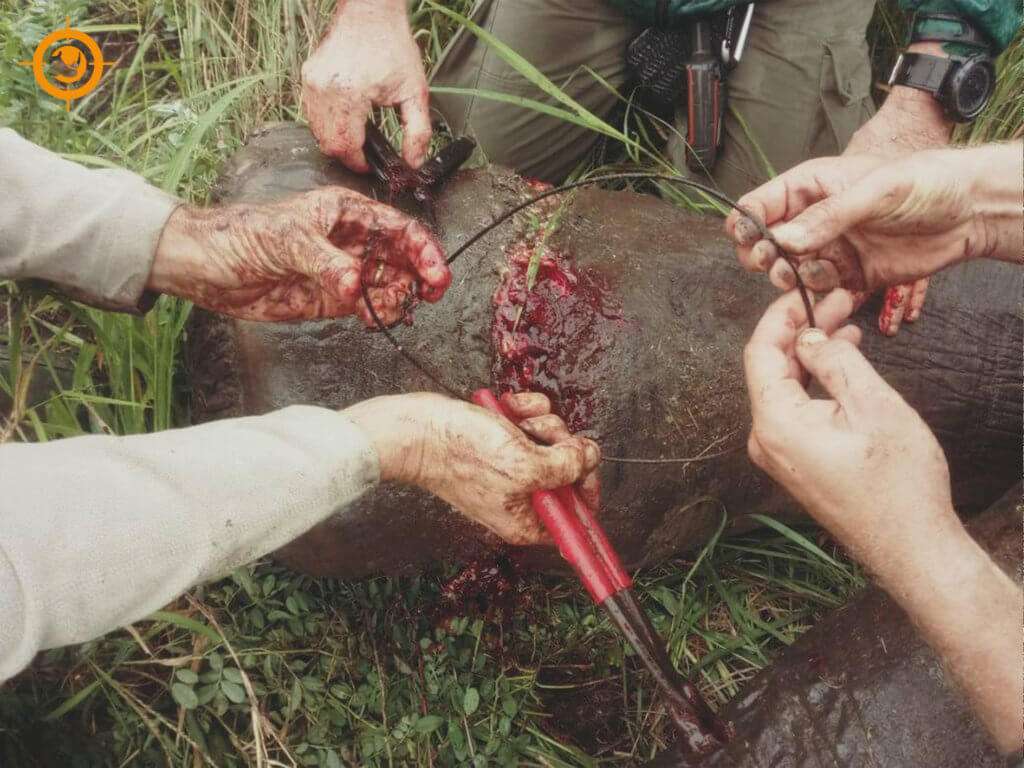 Despite the severe injury, team STS managed to save another unfortunate Elephant from the hands of poachers. We carefully removed the cable, cleaned the wounds and administered antibiotics. We are confident our big friend will make a full recovery very soon.

What is a snare trap?

Snares are “the silent killer of Africa’s wildlife.” Bush meat snaring might be largest factor for species extinction. The majority of the cases the STS team work on are related to poaching injuries. This includes injuries which occur from snares and gin traps.

A typical snare trap is no more than a length of wire with a looped end formed by a slipknot. They are aimed to trap animals which are then used for bushmeat or sold to markets. Snares indiscriminately catch animals, meaning all species of wildlife are in danger. Once the animal is trapped, the wire tightens as they try to free themselves. This cuts the animal where they have been trapped, which can then unfortunately become infected and prove fatal.

Remember that our work is only possible with your support. You can support our work by becoming a monthly or one-off donor. Donate here.

Thank you from all of team Saving the Survivors for your support!