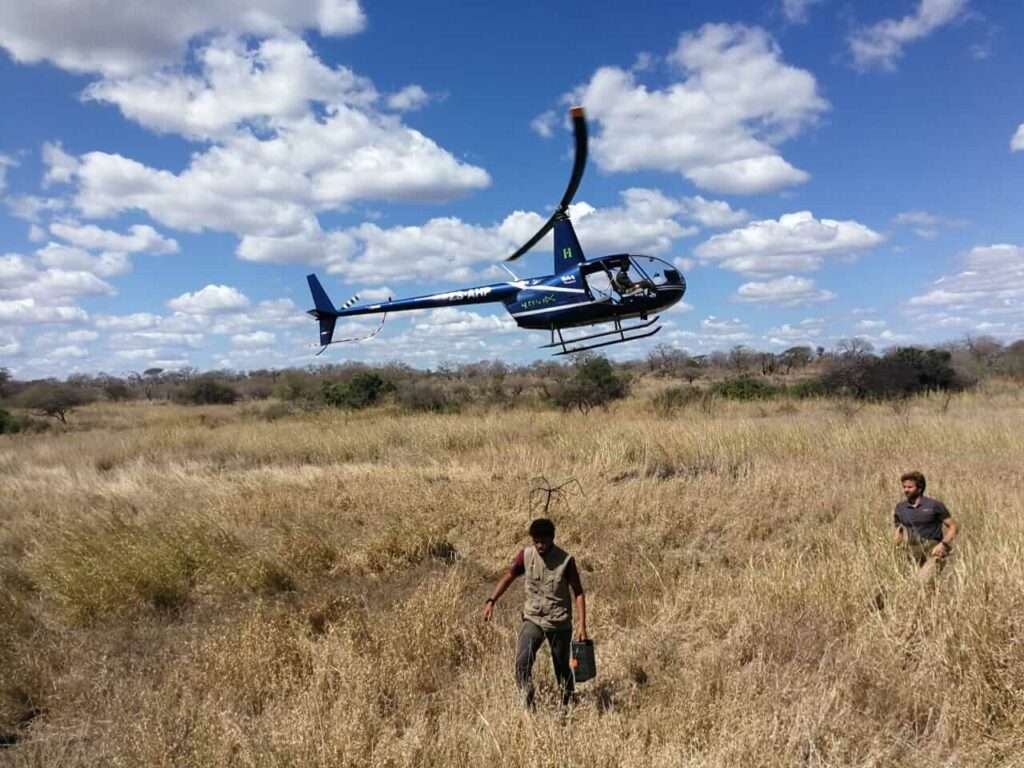 A breeding pride of 3 females, one male and a cub escaped from the Greater Lebombos Conservancy in Mozambique and found themselves in community land.
By the time we had been notified of their situation they had already killed 5 cows and were causing panic amongst villages.
Without the intervention of our team, this pride was surely going to become a target for poachers or the local community were going to take action to defend themselves and their livestock, which would be fatal for the Lions and put human lives at risk. We had to get there quick!
We managed to track the Lions and call in a helicopter so that we could dart them from the air. All 5 animals were successfully immobilised from the chopper and our ground teams collected them on the 4×4’s and took them back to the safety of their Conservancy.
While the operation was in motion we found a group of 9 poachers with 12 dogs, 300 meters from the pride with the intention to kill the animals. So our action came at just the right time! 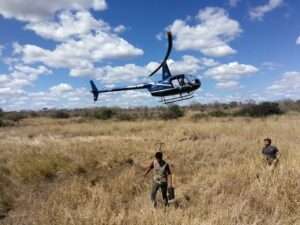 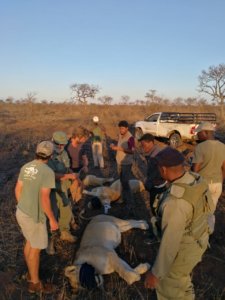 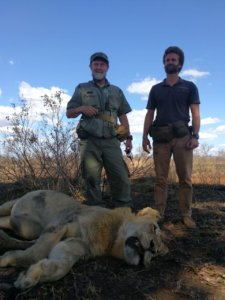 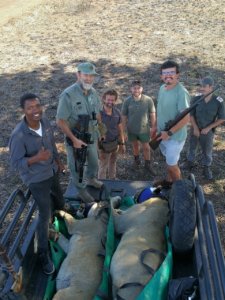 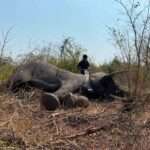 Previous post STS Mozambique collar a troublesome trio of Bull Elephants.
Next post The unexpected return of an old friend! 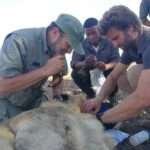