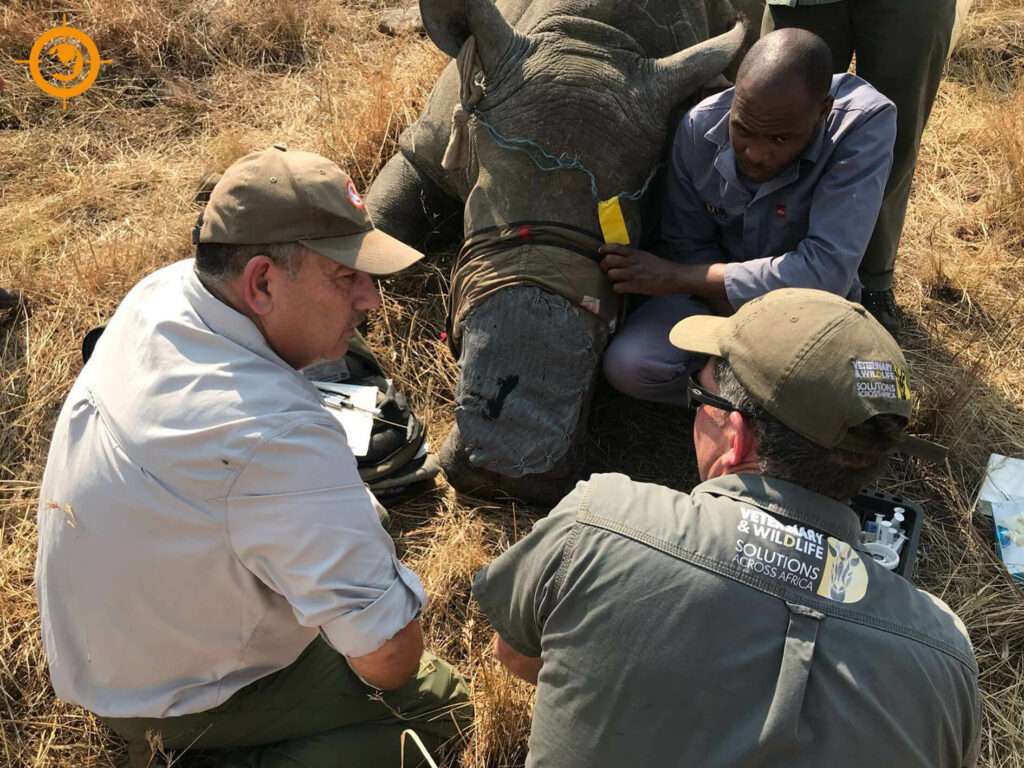 Thembi first came to the attention of Saving The Survivors in late 2017. She had been poached in 2010 and had been left untreated with horrendous injuries. This is our 4th visit to treat her. 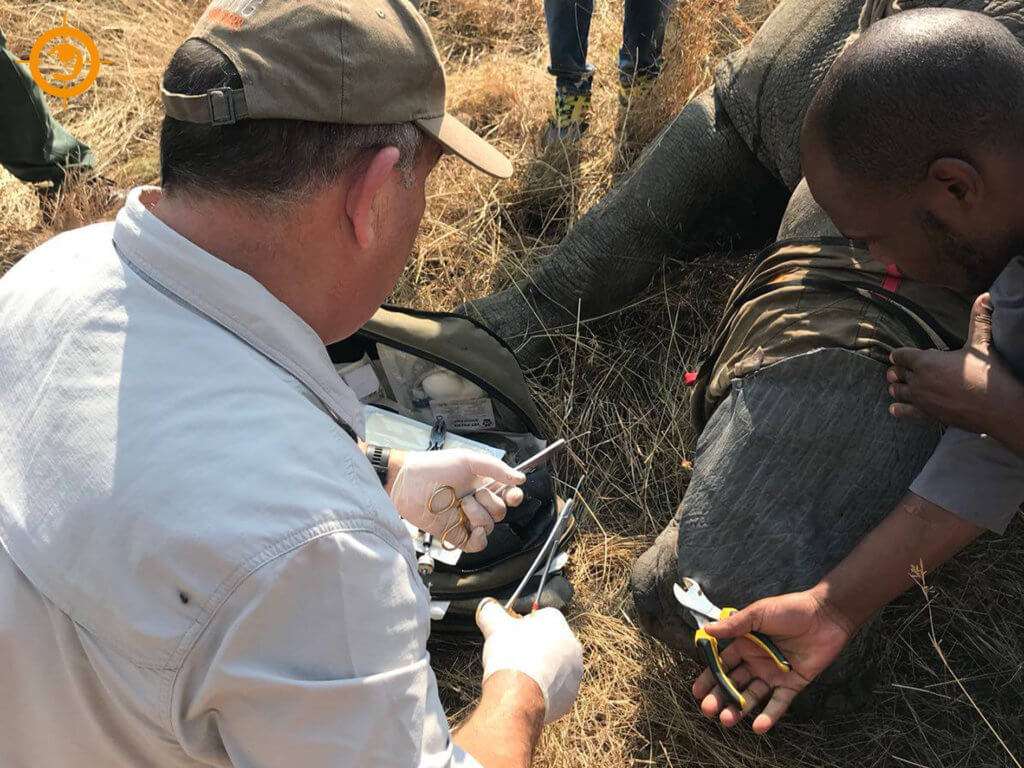 Thembi who had her beautiful young calf in tow. They both were darted to prevent mother and calf being separated. We cleaned her wound, antiseptic and antibiotics were applied. Next we stitched Elephant leather over the wound to help protect the area.

Dr Johan reported he was very happy with the progress and he felt given it had been just 9 months since the first treatment the wound had made significant steps in the healing process.

It was wonderful to watch mother and calf happily reunite after Thembi was brought back around!

It is going to be a long recovery for Thembi and we couldn’t continue to treat her without your donations.

How long are Rhinos pregnant?

How long will a baby Rhino stay with its mother?

A baby Rhino is called a calf. They will stay with their mother for the first two to three years until the next calf is born. Calves are heavily reliant on their mothers at a young age for food warmth and protection from predators.

How can I support Thembi and other White Rhinos?

You can support Thembi by donating today. This will ensure that we are always ready to treat her injuries and the injuries of those like Thembi who suffer poaching attacks. Please help us to do more great work like this, and save the Rhino from extinction. Donate here.

You can also support by following us on social media and sharing our stories to give these animals a voice. Check out our facebook and instagram here.